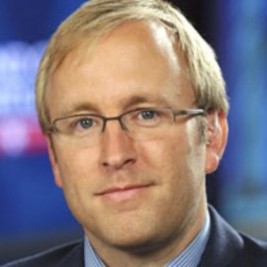 Businesses, Non-profit organizations, event planners and companies across the country have worked closely with our booking agents to hire Jonathan Karl for a speaking engagements, guest appearances, product endorsements and corporate events. Many of those same clients have continued to turn to our speakers bureau as we can easily align Jonathan Karl’s availability with their upcoming seminar, gala, annual conference, corporate function, and grand opening. Our close relationship with Jonathan Karl’s booking agent and management team further enables us to provide inquiring clients with Jonathan Karl’s speaking fee and appearance cost.

If your goal is to hire Jonathan Karl to be your next keynote speaker or to be the next brand ambassador our celebrity speakers bureau can assist. If Jonathan Karl’s booking fee is outside your companies budget or your unable to align with his appearance availability, our booking agents can provide you a list of talent that aligns with your event theme, budget and event date.

Jonathan Karl joins ABC News as Senior Foreign Affairs Correspondent covering the State Department from CNN where he has covered Capitol Hill, the White House, and the Pentagon. Over his seven years at CNN, Karl has reported on two presidential elections, President Clintonâ€™s impeachment, the NATO air strikes against Yugoslavia and Congressional reaction to the September 11th terrorist attacks. He has interviewed many of Americaâ€™s most influential political figures, including Senator John McCain, former Vice President Al Gore, Rudolph Giuliani, Rush Limbaugh, Louis Farrakhan, Ted Kennedy and Ross Perot. Karlâ€™s "Subway Series" segment is a regular feature on Inside Politics with Judy Woodruff.

Karl had been serving as congressional correspondent for CNN since April 2000 before joining ABC News. Prior to this assignment, he was a correspondent for the network covering everything from natural disasters to political campaigns. He covered the White House and, during the impeachment and trial of President Bill Clinton, he was based on Capitol Hill. He joined CNN in January 1996 to cover the presidential campaign.

While at CNN, Karl has interviewed such newsmakers as Ross Perot, Louis Farrakhan, and Rush Limbaugh. During the course of the impeachment process he interviewed dozens of senators and each of the House Managers.

Prior to joining CNN, Karl worked as an investigative reporter for The New York Post. Former New York Mayor Ed Koch called him "one of the best young reporters in New York," after breaking a series of stories on corruption at the Javits Convention Center. In addition to covering Mayor Guiliani's administration from the Post's City Hall bureau, Karl regularly wrote in-depth features on national politics and culture. He was the youngest beat reporter to cover the Mario Cuomo/George Pataki 1994 gubernatorial race.

In December 1995, Karl's non-fiction book, The Right to Bear Arms: The Rise of America's New Militias, was published by Harper-Collins.

From 1991 to 1994, Karl held a variety of positions with Freedom House in New York City, including overseeing the publication of the organization's human rights report and writing/hosting "Upheaval in the University," a six-part radio series on higher education.

Karl has also worked as a researcher/reporter for The New Republic, where he covered a variety of issues ranging from international affairs to American politics to education. As a freelance writer, his work has been published in The Wall Street Journal, Newsday, Philadelphia Inquirer, Arizona Republic, Christian Science Monitor, Reason and The San Francisco Chronicle. He graduated Phi Beta Kappa from Vassar College in Poughkeepsie, NY in 1990, where he was editor-in-chief of The Vassar Spectator.