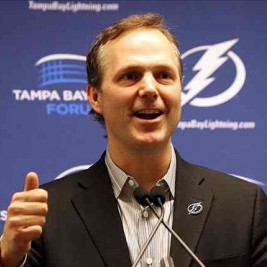 Businesses, Non-profit organizations, event planners and companies across the country have worked closely with our booking agents to hire Jon Cooper for a speaking engagements, guest appearances, product endorsements and corporate events. Many of those same clients have continued to turn to our speakers bureau as we can easily align Jon Cooper’s availability with their upcoming seminar, gala, annual conference, corporate function, and grand opening. Our close relationship with Jon Cooper’s booking agent and management team further enables us to provide inquiring clients with Jon Cooper’s speaking fee and appearance cost.

If your goal is to hire Jon Cooper to be your next keynote speaker or to be the next brand ambassador our celebrity speakers bureau can assist. If Jon Cooper’s booking fee is outside your companies budget or your unable to align with his appearance availability, our booking agents can provide you a list of talent that aligns with your event theme, budget and event date.

Jon Cooper was born August 23, 1967 and is a Canadian professional ice hockey head coach, currently of the Tampa Bay Lightning of the National Hockey League (NHL).

On March 25, 2013, following the dismissal of Head Coach Guy Boucher, the Tampa Bay Lightning announced that Cooper would become the eighth head coach in franchise history. After leading the lightning to their best season in franchise history in points (108) and wins (50), Cooper coached the Tampa Bay Lightning to their second Prince of Wales Trophy as the Eastern Conference Champion. However, the Lightning would lose to the Chicago Blackhawks in six games in the 2015 Stanley Cup Final.