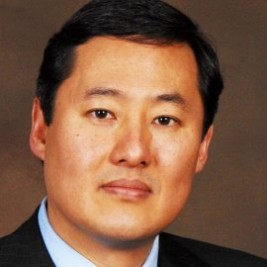 Businesses, Non-profit organizations, event planners and companies across the country have worked closely with our booking agents to hire John Yoo for a speaking engagements, guest appearances, product endorsements and corporate events. Many of those same clients have continued to turn to our speakers bureau as we can easily align John Yoo’s availability with their upcoming seminar, gala, annual conference, corporate function, and grand opening. Our close relationship with John Yoo’s booking agent and management team further enables us to provide inquiring clients with John Yoo’s speaking fee and appearance cost.

If your goal is to hire John Yoo to be your next keynote speaker or to be the next brand ambassador our celebrity speakers bureau can assist. If John Yoo’s booking fee is outside your companies budget or your unable to align with his appearance availability, our booking agents can provide you a list of talent that aligns with your event theme, budget and event date.

Professor Yoo joined the Berkeley Law faculty in 1993. He is the co-director of the Korea Law Center and also acts as faculty director for the California Constitution Center and the Program in Public Law and Governance. He is the co-author most recently of "Liberty’s Nemesis: The Unchecked Expansion of the State."

Professor Yoo has clerked for Justice Clarence Thomas of the U.S. Supreme Court and Judge Laurence H. Silberman of the U.S. Court of Appeals of the D.C. Circuit. He served as general counsel of the U.S. Senate Judiciary Committee from 1995-96. From 2001 to 2003, he served as a deputy assistant attorney general in the Office of Legal Counsel at the U.S. Department of Justice, where he worked on issues involving foreign affairs, national security and the separation of powers.

Professor Yoo is a visiting scholar at the American Enterprise Institute. He held the Fulbright Distinguished Chair in Law at the University of Trento in Italy, and he has also been a visiting professor at Keio Law School in Japan, Seoul National University in Korea, Chapman Law School, the University of Chicago, and the Free University of Amsterdam. Professor Yoo also has received the Paul M. Bator Award for excellence in legal scholarship and teaching from the Federalist Society for Law and Public Policy.

Professor Yoo has written several books: "The Powers of War and Peace: The Constitution and Foreign Affairs after 9/11" (University of Chicago Press, 2005); "War by Other Means: An Insider's Account of the War on Terror" (Grove/Atlantic, 2006); "Crisis and Command: The History of Executive Power From George Washington to George W. Bush" (Kaplan, 2010); and "Taming Globalization: International Law, the U.S. Constitution, and the New World Order'" (Oxford, 2012). He has also co-edited "Confronting Terror: 9/11 and the Future of American National Security" (Encounter, 2011).