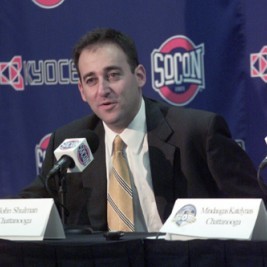 Businesses, Non-profit organizations, event planners and companies across the country have worked closely with our booking agents to hire John Shulman for a speaking engagements, guest appearances, product endorsements and corporate events. Many of those same clients have continued to turn to our speakers bureau as we can easily align John Shulman’s availability with their upcoming seminar, gala, annual conference, corporate function, and grand opening. Our close relationship with John Shulman’s booking agent and management team further enables us to provide inquiring clients with John Shulman’s speaking fee and appearance cost.

If your goal is to hire John Shulman to be your next keynote speaker or to be the next brand ambassador our celebrity speakers bureau can assist. If John Shulman’s booking fee is outside your companies budget or your unable to align with his appearance availability, our booking agents can provide you a list of talent that aligns with your event theme, budget and event date.

John Shulman took over as the 17th Head Men's Basketball Coach in the rich history of the University of Tennessee at Chattanooga basketball program on April 23, 2004. He wasted little time building upon that tradition. In four of his seven seasons (2005, 2008, 2009 & 2011), Chattanooga has won the Southern Conference North Division title. Two of those years (2005, 2009) saw the Mocs capture the SoCon Tournament Championship and advance to the NCAA Tournament immersed in all that is "March Madness". Only one other SoCon program (Davidson) boasts as many division titles during Shulman's tenure with four as well. The Mocs' three in the last four years are the most in the league in that time. His teams have won 15 or more games every season as head coach. He is the only coach in school history to do that in a career spanning more than two seasons. Shulman's intensity and passion for the game are evident whether on the sideline, in practice or even in his office where you seldom find him without game film on his television or computer monitor. He is a high-energy coach and person. His commitment to the student-athlete is also easy to see. In February 2010, the City of Chattanooga and Hamilton County governments honored him with Distinguished Citizen Awards presented by the mayors of each government in a ceremony at the city's Criminal Justice Building. He and the Mocs were applauded by the government officials for the team's sterling example on and off the court. Shulman's tactical skills are evident in his record in close games or with a lead. In his seven seasons, his squads are a remarkable 109-5 (.879) when leading with five minutes to play. His Mocs are 47-22 (.681) when the score is within five points, regardless of who is leading. He made his mark quickly in 2005 guiding UTC to the SoCon North Division title, the SoCon Tournament Championship and the program's first NCAA Tournament berth since 1997 - all in his first year as a head coach. Shulman led Chattanooga to a 20-11 overall record and 10-6 conference mark in that first year. He burned his name across the hearts of all UTC followers with a 69-68 victory at Tennessee on Dec. 5, 2004. It was the program's first victory over the Volunteers since 1927. That win started a string of victories over in-state schools. In fact, Shulman directed the Mocs to a 6-0 record against teams from the State of Tennessee. His accomplishments in 2004-05 earned him the Tennessee Men's Basketball Coach of the Year Award by the Tennessee Sports Writers Association. His Mocs followed up that performance with 19 wins in the next season and a fourth consecutive appearance in the SoCon title game. The Mocs have appeared in the championship game of the Southern Conference Tournament in five of the nine seasons John Shulman has called Chattanooga home. The 2007-08 season showed the growth of Shulman as a head coach in his ability to overcome adversity on the sidelines. Despite losing 39 man-games to a variety of reasons, mostly medical, Shulman led his charges to 18 wins and a co-Championship in the North Division of the SoCon. All this despite playing the No. 2 rated non-conference schedule in the country (kenpom.com). That growth was further evident the following season in 2008-09. Chattanooga started the year 4-10 against another brutal schedule and 0-2 in the league. The Mocs won 11 of its next 14 games to clinch a share of the division and the No. 1 seed for the tournament.