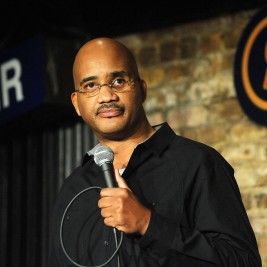 Businesses, Non-profit organizations, event planners and companies across the country have worked closely with our booking agents to hire John Henton for a speaking engagements, guest appearances, product endorsements and corporate events. Many of those same clients have continued to turn to our speakers bureau as we can easily align John Henton’s availability with their upcoming seminar, gala, annual conference, corporate function, and grand opening. Our close relationship with John Henton’s booking agent and management team further enables us to provide inquiring clients with John Henton’s speaking fee and appearance cost.

If your goal is to hire John Henton to be your next keynote speaker or to be the next brand ambassador our celebrity speakers bureau can assist. If John Henton’s booking fee is outside your companies budget or your unable to align with his appearance availability, our booking agents can provide you a list of talent that aligns with your event theme, budget and event date.

John Henton is an American actor and comedian.

After taking his comedy on the road for a year and winning the 1991 Johnny Walker National Comedy Search, Henton was spotted by The Tonight Show with Johnny Carson comedy executive, the late Jim McCawley, who booked him for a performance on the show.  It was a performance which he says gave his career a "serious jump-start." He later landed major roles in various sitcoms.

He is best known for his work in the comedy sitcoms Living Single and The Hughleys.  Henton currently resides in Los Angeles where he spends his free time with his young daughter Nicole Simone Henton.