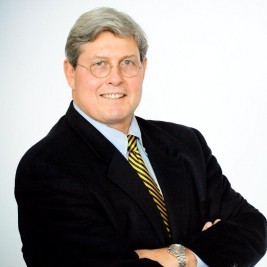 Businesses, Non-profit organizations, event planners and companies across the country have worked closely with our booking agents to hire John Hannah for a speaking engagements, guest appearances, product endorsements and corporate events. Many of those same clients have continued to turn to our speakers bureau as we can easily align John Hannah’s availability with their upcoming seminar, gala, annual conference, corporate function, and grand opening. Our close relationship with John Hannah’s booking agent and management team further enables us to provide inquiring clients with John Hannah’s speaking fee and appearance cost.

If your goal is to hire John Hannah to be your next keynote speaker or to be the next brand ambassador our celebrity speakers bureau can assist. If John Hannah’s booking fee is outside your companies budget or your unable to align with his appearance availability, our booking agents can provide you a list of talent that aligns with your event theme, budget and event date.

By starting his first 13 games before a freak leg injury forced him out of the final game of his rookie season, Hannah dispelled any concerns the Patriots might have had about his ability to adjust from the straight-ahead blocking of the college wishbone offenses to the drop-back blocking and pulling required of guards in the pros.

In the next 12 years, Hannah became widely recognized as the premier guard of pro football. He was named All-Pro 10 straight years from 1976 through 1985. He won the NFL Players Association's Offensive Lineman of the Year award four straight years from 1978 through 1981. Hannah was named to nine Pro Bowls but missed the game following the 1983 season because of an injury.

In spite of the constant contact his body had to absorb, Hannah missed only five games because of injuries of a possible 191 in his 13-season career. He also missed three games due to a contract dispute at the start of the 1977 season. Hannah clearly was the mainstay of an excellent offensive line that helped to power the Patriots to some of their finest years.

During his career, New England enjoyed seven winning seasons and a 100-91-0 cumulative record. Hannah was given a large share of the credit when the Patriots rushed for a then-record 3,165 yards in 1978. John finished his career after the 1985 season on a high note. His final campaign had produced an AFC championship and Super Bowl XX appearance for the Patriots, and All-Pro honors and a Pro Bowl invitation for himself.