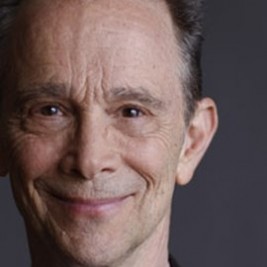 Businesses, Non-profit organizations, event planners and companies across the country have worked closely with our booking agents to hire Joel Grey for a speaking engagements, guest appearances, product endorsements and corporate events. Many of those same clients have continued to turn to our speakers bureau as we can easily align Joel Grey’s availability with their upcoming seminar, gala, annual conference, corporate function, and grand opening. Our close relationship with Joel Grey’s booking agent and management team further enables us to provide inquiring clients with Joel Grey’s speaking fee and appearance cost.

If your goal is to hire Joel Grey to be your next keynote speaker or to be the next brand ambassador our celebrity speakers bureau can assist. If Joel Grey’s booking fee is outside your companies budget or your unable to align with his appearance availability, our booking agents can provide you a list of talent that aligns with your event theme, budget and event date.

Joel received the Academy Award, the Golden Globe and the British Academy Award for Best Supporting Actor for his performance in the 1972 film version of Cabaret (directed by Bob Fosse). He is one of only nine actors to have won both the Tony and Academy Award for the same role. Other film credits include Man on A Swing, Robert Altman’s Buffalo Bill and the Indians, The Seven Percent Solution, Remo Williams: The Adventure Begins, Steven Soderbergh’s Kafka, Altman’s The Player, The Music of Chance, Michael Ritchie’s adaptation of The Fantasticks, Lars von Trier’s Dancer in the Dark and Clark Gregg’s Choke. Recent television appearances include "Brooklyn Bridge" (Emmy nomination), "OZ," "Law and Order: CI," "House," "Brothers & Sisters," "Private Practice,” “Grey’s Anatomy,” “Nurse Jackie” and "Warehouse 13." He was recently honored for his illustrious television career by The Paley Center for Media in both NYC and Los Angeles.

Joel is also an accomplished photographer. He has four books of photographs, Pictures I Had to Take (2003), Looking Hard at Unexamined Things (2006), 1.3 – Images From My Phone (2009), and The Billboard Papers, which was released in fall 2013 in conjunction with an exhibition at The Steven Kasher Gallery in NYC.