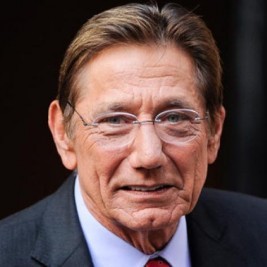 Businesses, Non-profit organizations, event planners and companies across the country have worked closely with our booking agents to hire Joe Namath for a speaking engagements, guest appearances, product endorsements and corporate events. Many of those same clients have continued to turn to our speakers bureau as we can easily align Joe Namath’s availability with their upcoming seminar, gala, annual conference, corporate function, and grand opening. Our close relationship with Joe Namath’s booking agent and management team further enables us to provide inquiring clients with Joe Namath’s speaking fee and appearance cost.

If your goal is to hire Joe Namath to be your next keynote speaker or to be the next brand ambassador our celebrity speakers bureau can assist. If Joe Namath’s booking fee is outside your companies budget or your unable to align with his appearance availability, our booking agents can provide you a list of talent that aligns with your event theme, budget and event date.

Joseph William "Joe" Namath , nicknamed "Broadway Joe" or "Joe Willie", is a former American football quarterback and actor. He played college football for the University of Alabama under coach Paul "Bear" Bryant from 1962 to 1964, and professional football in the American Football League (AFL) and National Football League (NFL) during the 1960s and 1970s. Namath was an American Football League icon and played for that league's New York Jets for most of his professional football career, and finished his career with the NFL's Los Angeles Rams. He was elected to the Hall of Fame in 1985.

Namath retired after playing in 143 career games (including playoff games) with 68 wins, 71 losses and 4 ties, in his 132 career starts he was 64–64–4, and he was 4–7 coming off the bench in relief. In his career he threw 173 touchdowns, 220 interceptions, and completed 1,886 passes for 27,663 yards.During his thirteen years in the AFL and NFL he played for three division champions (the 1968 and 1969 AFL East Champion Jets and the 1977 NFC West Champion Rams), earned one league championship (1968 AFL Championship), and one Super Bowl victory (Super Bowl III).

In 1999, he was ranked number 96 on The Sporting News‍ '​ list of the 100 Greatest Football Players. He was the only player on the list to have spent a majority of his career with the Jets. In his 1975 autobiography, Alabama head coach Paul "Bear" Bryant called Namath the most natural athlete he had ever coached.

He is known for once boldly guaranteeing a Jets' victory over Don Shula's NFL Baltimore Colts in Super Bowl III (1969) and then making good on his prediction with a 16-7 win for the Jets.