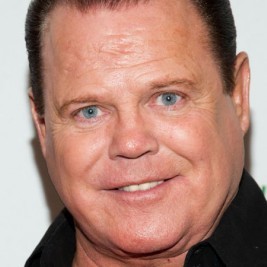 Businesses, Non-profit organizations, event planners and companies across the country have worked closely with our booking agents to hire Jerry Lawler for a speaking engagements, guest appearances, product endorsements and corporate events. Many of those same clients have continued to turn to our speakers bureau as we can easily align Jerry Lawler’s availability with their upcoming seminar, gala, annual conference, corporate function, and grand opening. Our close relationship with Jerry Lawler’s booking agent and management team further enables us to provide inquiring clients with Jerry Lawler’s speaking fee and appearance cost.

If your goal is to hire Jerry Lawler to be your next keynote speaker or to be the next brand ambassador our celebrity speakers bureau can assist. If Jerry Lawler’s booking fee is outside your companies budget or your unable to align with his appearance availability, our booking agents can provide you a list of talent that aligns with your event theme, budget and event date.

"The King" is currently signed to World Wrestling Entertainment (WWE), working and wrestling on its Raw brand as the color commentator. He also wrestles and occasionally commentates for the Memphis Wrestling promotion. Lawler has won a total of 129 titles in his career, including one reign as American Wrestling Association World Heavyweight Champion and 30 reigns as American Wrestling Association Southern Heavyweight Champion.

He is also a 3 time World Class Wrestling Association World Heavyweight Champion. He was inducted into the WWE Hall of Fame in 2007. In 1999, Lawler ran for mayor of Memphis, Tennessee, beating twelve of the fifteen candidates. In 2002, he released an autobiography titled "It's Good To Be The King... Sometimes."

Jerry Lawler has made history as being the wrestler with the most championship reigns of all time. He has won 112 titles in his career; 42 of which were the AWA Southern Heavyweight Championship. In fact, between them, Lawler and his son Brian have held a combined 68 Southern heavyweight championships.

Lawler unified the American Wrestling Association World Heavyweight Title (defeating Curt Hennig on May 9, 1988) with the WCCW World Heavyweight Title (defeating Kerry Von Erich on December 13, 1988), creating the United States Wrestling Association Unified World Heavyweight Championship. He was a co-owner, along with Jerry Jarrett, of the now-defunct promotion. From its start in 1989 to its end in 1997, Jerry Lawler held the USWA heavyweight title a total of 28 times. He began working for the WWF (now WWE) in 1993. Entering the federation as a heel, Lawler soon began a lengthy feud with Bret "The Hitman" Hart over the latter's winning of the inaugural King Of The Ring tournament. The feud ended when Hart defeated Lawler in a "Kiss My Foot" match at King Of The Ring 1995. Despite some brief feuds with other faces, such as the The Ultimate Warrior and Jake "The Snake" Roberts, in 1996, Lawler gradually began to settle into a role as the primary color commentator for WWF TV telecasts.

In 1997, as part of a WWF cross-promotional deal with Extreme Championship Wrestling (ECW), Lawler insulted the credibility of ECW as a commentator on RAW. Later in the evening, ECW owner Paul Heyman personally called him over the air and gave a rebuttal. This led to several ECW wrestlers making appearances (and even wrestling matches) on WWF television, with Lawler all the while insulting ECW and its wrestlers. He was booked to wrestle Tommy Dreamer at ECW's Hardcore Heaven pay-per-view in August 1997, and lost.

In 1999, perhaps inspired by fellow wrestler Jesse Ventura's successful run for the governorship of Minnesota, Lawler ran for mayor of Memphis, finishing third in a field of 12 candidates.

Earlier in his career, like many wrestlers, Lawler took his turns as both face ("good guy") and heel ("bad guy"). Perhaps the best-known gimmick of this period was his on-and-off feud with an erstwhile tag-team partner, Australian wrestler "Superstar" Bill Dundee. A celebrated "grudge match" between the two at Memphis' Mid-South Coliseum represented a rare example of theatrical make-up blood actually being found in use at a pro wrestling event, since the match was being taped for an NBC television program documenting the rise in popularity of pro wrestling.

Jerry Lawler is a factor for "The Mouth of the South" Jimmy Hart entering professional wrestling. Lawler wanted to record a wrestling album with him singing and, since they had gone to school together, he called Hart and asked him to be a part of it. So close are the two men that on April 2, 2005, when Hart was inducted into the WWE Hall of Fame, Lawler performed Hart's induction.