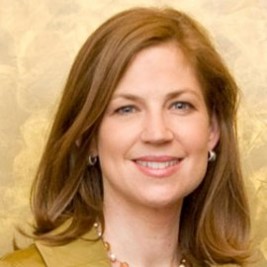 If your goal is to hire Jan Crawford Greenburg to be your next keynote speaker or to be the next brand ambassador our celebrity speakers bureau can assist. If Jan Crawford Greenburg’s booking fee is outside your companies budget or your unable to align with his appearance availability, our booking agents can provide you a list of talent that aligns with your event theme, budget and event date.

She provides legal analysis for all ABC News platforms. Ms. Greenburg secured recent interviews with both Chief Justice John G. Roberts, Jr. and Justice John Paul Stevens. In his first television interview, Chief Justice Roberts discussed the court, his views on the law, and life since taking office. Ms. Greenburg sat down with 86-year old Justice John Paul Stevens for his first network television ever. Justice Stevens reflected on his memories of the man who appointed him to the Supreme Court in 1975, former President Gerald R. Ford.

Prior to joining ABC, Ms. Greenburg was the national legal affairs reporter for the Chicago Tribune, the Supreme Court correspondent for The NewsHour with Jim Lehrer on PBS, and a legal analyst for CBS’ Evening News and Face the Nation. She covered the Supreme Court and national legal issues, including judicial appointments and confirmation battles.

She began covering the Supreme Court for the Chicago Tribune in 1994. She became the NewsHour’s Supreme Court analyst in 1998, where she provided live, gavel-to-gavel coverage on PBS of the Supreme Court confirmation hearings of Chief Justice Roberts and Justice Alito. Her exclusive reports and inside accounts of those nominations received wide acclaim. In addition to her work on the NewsHour and CBS, she has provided commentary on a variety of legal issues for other network and cable news programs.

Ms. Greenburg joined the Tribune in 1987, and began covering legal affairs in 1993 after her graduation from the University of Chicago Law School. She won the Tribune’s top reporting award in 2001, as part of a team of reporters who covered the 2000 presidential election and the subsequent legal battles over the White House. In 1996 she returned to Alabama, where she grew up on a cattle farm, to report and write a 13-part series on the South a generation after the civil rights movement. Again, Ms. Greenburg won the Tribune’s top reporting award for her work.

A graduate from the University of Alabama in 1987, Ms. Greenburg has taught journalism at American University and frequently speaks about the court to universities, law schools, legal organizations and civic groups across the country. She is a member of the New York bar, and is married to Douglas Greenburg, a Chicago native and attorney. They have four children and live in Washington, DC.