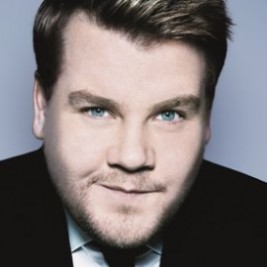 Businesses, Non-profit organizations, event planners and companies across the country have worked closely with our booking agents to hire James Corden for a speaking engagements, guest appearances, product endorsements and corporate events. Many of those same clients have continued to turn to our speakers bureau as we can easily align James Corden’s availability with their upcoming seminar, gala, annual conference, corporate function, and grand opening. Our close relationship with James Corden’s booking agent and management team further enables us to provide inquiring clients with James Corden’s speaking fee and appearance cost.

If your goal is to hire James Corden to be your next keynote speaker or to be the next brand ambassador our celebrity speakers bureau can assist. If James Corden’s booking fee is outside your companies budget or your unable to align with his appearance availability, our booking agents can provide you a list of talent that aligns with your event theme, budget and event date.

James Corden is an English actor, comedian, singer, writer, producer, and television host. On September 8, 2014, Corden was chosen to succeed Craig Ferguson as the host of the The Late Late Show on CBS after Ferguson's decade-long tenure on the show ended in December 2014.

His biggest early success was as co-creator, co-writer and star of the BBC sitcom Gavin & Stacey, for which he won the BAFTA Television Award for Best Comedy Performance. He was also featured on the No.1 single "Shout" along with British grime artist Dizzee Rascal an unofficial anthem of the England football team for the 2010 FIFA World Cup in South Africa in 2010.

In 2011 he attracted international attention as the lead in the comedy play One Man, Two Guvnors, which transferred from the National Theatre to the West End and then to Broadway, and was also cinecast worldwide via National Theatre Live. For his performance in the Broadway run of the play, Corden won the 2012 Tony Award for Best Actor in a Play.

Corden succeeded Craig Ferguson as host of the American late-night with the new talk show The Late Late Show.