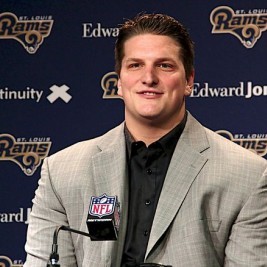 Businesses, Non-profit organizations, event planners and companies across the country have worked closely with our booking agents to hire Jake Long for a speaking engagements, guest appearances, product endorsements and corporate events. Many of those same clients have continued to turn to our speakers bureau as we can easily align Jake Long’s availability with their upcoming seminar, gala, annual conference, corporate function, and grand opening. Our close relationship with Jake Long’s booking agent and management team further enables us to provide inquiring clients with Jake Long’s speaking fee and appearance cost.

If your goal is to hire Jake Long to be your next keynote speaker or to be the next brand ambassador our celebrity speakers bureau can assist. If Jake Long’s booking fee is outside your companies budget or your unable to align with his appearance availability, our booking agents can provide you a list of talent that aligns with your event theme, budget and event date.

Jake Long was born May 9, 1985 and is an offensive tackle who last played for the Miami Dolphins of the National Football League (NFL). He starred at Lapeer East High School in football, basketball and baseball. Long played college football for the University of Michigan and was a two-time consensus All-American. The Miami Dolphins selected him with the first overall pick in the 2008 NFL Draft. He is currently a free agent.

In high school, Long was the first player in his high school's history to earn all-state "Dream Team" (all-class state team) honors in football from the Detroit News. He was a two-time first-team All-Metro League player in both basketball and football, where he was honored both on offense and defense. In baseball, he was a two-time second-team All-Metro League selection. In both basketball and football, he led his team to regular and post season success that had not been seen in many years.

After being drafted by Miami, he became an immediate starter and has started every game that the team has played since he has been a member. At the conclusion of his rookie season, he was selected to numerous All-Rookie teams and was a substitute Pro Bowl selection. Long has followed up on a successful rookie season by earning Pro Bowl roster spots in 2009, 2010 and 2011.

During the 2013 NFL offseason, Long became a free agent. He received two contract offers: an extension from the Miami Dolphins, and a contract from the Rams. On March 17, 2013, Long signed a four-year, $36 million contract with the Rams. At the October 6, 2013, contest against the Jacksonville Jaguars, the Rams gave the first 15,000 fans to arrive at the game free Jake Long figurines. On October 26, 2014, Long sustained another torn ACL against the Kansas City Chiefs and he missed the rest of the season. He was released along with Scott Wells on the eve of free agency on March 9, 2015. Long was coming off of back-to-back seasons with torn ACLs and was about to cost the Rams $10 million against the salary cap.

On September 15, 2015, Long signed a one-year contract with the Atlanta Falcons.