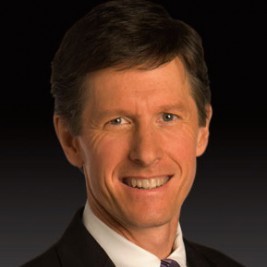 Businesses, Non-profit organizations, event planners and companies across the country have worked closely with our booking agents to hire Jack Edwards for a speaking engagements, guest appearances, product endorsements and corporate events. Many of those same clients have continued to turn to our speakers bureau as we can easily align Jack Edwards’s availability with their upcoming seminar, gala, annual conference, corporate function, and grand opening. Our close relationship with Jack Edwards’s booking agent and management team further enables us to provide inquiring clients with Jack Edwards’s speaking fee and appearance cost.

If your goal is to hire Jack Edwards to be your next keynote speaker or to be the next brand ambassador our celebrity speakers bureau can assist. If Jack Edwards’s booking fee is outside your companies budget or your unable to align with his appearance availability, our booking agents can provide you a list of talent that aligns with your event theme, budget and event date.

Edwards started as a play-by-play announcer for the UNH hockey team. He then moved on to play-by-play and sports anchor positions at WGIR radio and WMUR-TV in Manchester, New Hampshire. During the early 1980s he worked as a talk radio host for WRKO in Boston, and as a weekend anchor at WJAR-TV in Providence. He then moved to a sports reporter position at WCVB-TV in Boston. While at WCVB-TV, Edwards also served as a freelance play by play announcer for ESPN. Among the events he called were the Davis Cup finals and Frozen Four. He also served as a reporter for ABC's coverage of alpine skiing at the 1988 Winter Olympics.

In 1988, Edwards became the weekend sports anchor for Boston's WHDH-TV.While working for the CBS affiliate, Edwards also called some events for the network, including the US Open and the 1991 Olympic Winterfest.

In 1991, Edwards joined ESPN as a Sportscenter anchor and reporter. Edwards also did announcing for Little League baseball from 1995 to 2002, the X Games in 1996, ESPN National Hockey Night from 1999 to 2003, and soccer, including coverage of the 2002 FIFA World Cup.

Edwards began calling Bruins games during the 2005-06 NHL season for NESN, handling the road games while Dale Arnold covered the home games. At the start of the 2007-08 NHL season, Edwards called all Bruins games. He was awarded a 2010-11 Stanley Cup Championship ring for his play-by-play work with the Boston Bruins.