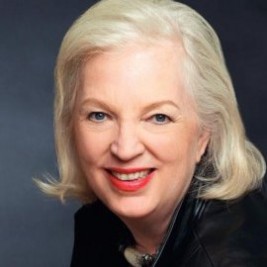 Businesses, Non-profit organizations, event planners and companies across the country have worked closely with our booking agents to hire J.A. Jance for a speaking engagements, guest appearances, product endorsements and corporate events. Many of those same clients have continued to turn to our speakers bureau as we can easily align J.A. Jance’s availability with their upcoming seminar, gala, annual conference, corporate function, and grand opening. Our close relationship with J.A. Jance’s booking agent and management team further enables us to provide inquiring clients with J.A. Jance’s speaking fee and appearance cost.

If your goal is to hire J.A. Jance to be your next keynote speaker or to be the next brand ambassador our celebrity speakers bureau can assist. If J.A. Jance’s booking fee is outside your companies budget or your unable to align with his appearance availability, our booking agents can provide you a list of talent that aligns with your event theme, budget and event date.

J.A. Jance is the New York Times best-selling author of the J.P. Beaumont series, the Joanna Brady series and three inter-related thrillers. She has written over 30 novels and she has more than 10 million copies of her books in print.

Jances pursuit of her life-long dream of becoming a writer was one filled with a myriad of stumbling blocks. As a college student, she was discouraged from writing and told that women ought to be teachers or nurses, and not novelists. Her first husband, a chronic alcoholic, followed suit and told her that, despite never having anything published, he would be the only writer in the family. After thirteen years of marriage, Jance finally left her first husband to save herself and her children, and escaped to Seattle. With the death of her ex-husband a year and a half later, Jance became the sole provider for her two children and struggled to make ends meet with a full-time job selling life insurance. In 1982 her desire to write became too strong to ignore, and her first three novels were written between the hours of 4 a.m. and 7 a.m., at which time she would wake up her children for school. At the time people told her she was crazy, saying that to start writing at age 39 and to go on to a successful writing career was highly unlikely. Luckily, she ignored all the naysayers.

In 1985, she published the first of sixteen novels featuring Seattle homicide detective J.P. Beaumont entitled Until Proven Guilty. In addition, she has authored ten books starring feisty Southwestern Sheriff Joanna Brady, as well as Partner in Crime in which Joanna teams with J.P. Beaumont to solve their first mystery together. She also has authored three novels of suspense featuring the Walker family: Hour of the Hunter, Kiss of the Beesand Day of the Dead. In 2000, Jance was awarded an Honorary Doctorate of Humane Letters by the University of Arizona.

In her latest series, Jance introduces Ali Reynolds, a 45-year-old television anchorwoman whos just been fired for being too old in Edge of Evil. Shes mad as hell and, at the suggestion of her college senior son, starts a blog called cutlooseblog.com. She leaves LA for her hometown of Sedona, Arizona and before she knows it theres a murderer in her sights. The first Ali Reynolds hardcover, Web of Evil was recently published and already a best-seller.

Jance is an avid crusader for many causes including the American Cancer Society, Gildas Club, the Humane Society, the YWCA and the Girl Scouts. A lover of animals, Jance has two dogs, Aggie and Daphne, named for Agatha Christie and Daphne du Maurier.

Born in South Dakota and raised in the small Arizona mining town of Bisbee, Jance spent several years teaching and living on the Tohono OOdham reservation west of Tucson, Arizona, which would later serve as the setting for her three suspense novels. It was also on the reservation that Jances life changed forever when she and her husband became the targets of a serial killer. Living in seclusion, seven miles from their nearest neighbor, they were unknowingly the killers next victims. A police investigation led to the apprehension of the killer just before he struck.

Jance splits her time between Seattle, Washington and Tucson, Arizona with her husband of twenty years.