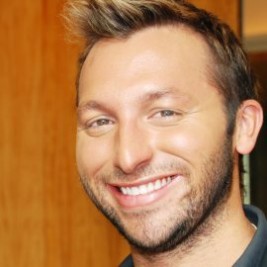 Businesses, Non-profit organizations, event planners and companies across the country have worked closely with our booking agents to hire Ian Thorpe for a speaking engagements, guest appearances, product endorsements and corporate events. Many of those same clients have continued to turn to our speakers bureau as we can easily align Ian Thorpe’s availability with their upcoming seminar, gala, annual conference, corporate function, and grand opening. Our close relationship with Ian Thorpe’s booking agent and management team further enables us to provide inquiring clients with Ian Thorpe’s speaking fee and appearance cost.

If your goal is to hire Ian Thorpe to be your next keynote speaker or to be the next brand ambassador our celebrity speakers bureau can assist. If Ian Thorpe’s booking fee is outside your companies budget or your unable to align with his appearance availability, our booking agents can provide you a list of talent that aligns with your event theme, budget and event date.

In 1998, Thorpe won his first of 11 world championships, dominating the meet in the 200 and 400-meter freestyle events. In the 200-meter relay, he broke away from Olympic champion, American Tom Malchow, and by the end of his leg, the Australians were three seconds ahead of the Americans. In the 400-meter freestyle final, Thorpe closed in on teammate Grant Hackett's commanding lead and beat him in the final stroke, becoming the youngest to win a world championship.

Media attention followed, and Thorpe received multiple endorsement offers. He became a high-profile supporter of the Children's Cancer Institute, in honor of a close friend who suffered from lymphoma. In the 1999 Pan Pacific Championships in Sydney, Thorpe was pitted against teammate Grant Hackett and South African Ryk Meethling in the 400-meter freestyle. Halfway through the race, all three swimmers were bunched together when Thorpe opened it up and won, finishing a full two seconds ahead of the world record. He received a $25,000 reward for the world record, which he promptly donated to charity.

Thorpe dominated the 2001 World and the 2002 Pan Pacific championships in all of his events, creating a huge build-up to the 2004 Olympics. The 200-meter freestyle was dubbed the "Race of the Century," with Thorpe, Hackett, van den Hoogenband and Michael Phelps as favorites. During the race, Van den Hoogenband was more than a second under the world record at the split, and Thorpe was half a body length behind. Thorpe passed van den Hoogenband in the last 50 meters, winning by half a body length and setting a new Olympic record. In all, Thorpe won two gold medals, a silver and a bronze medal.

After the 2004 Olympics, Ian Thorpe took a year off from competitive swimming, planning to compete in the 2008 Olympics before he retired. In a series of missteps, illness and injury, he finally felt compelled to announce his retirement in November 2006. In February 2011, he declared his intent to compete in the 2012 Olympic Summer Games in London, stoking speculation of a renewed rivalry with Michael Phelps. However, he faded early at the Australian Olympic trials in his two favorite events, the 100-meter and 200-meter freestyle, and set his sights on the 2013 World Championships.