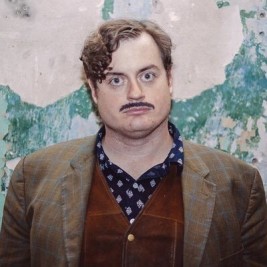 Businesses, Non-profit organizations, event planners and companies across the country have worked closely with our booking agents to hire Ian Abramson for a speaking engagements, guest appearances, product endorsements and corporate events. Many of those same clients have continued to turn to our speakers bureau as we can easily align Ian Abramson’s availability with their upcoming seminar, gala, annual conference, corporate function, and grand opening. Our close relationship with Ian Abramson’s booking agent and management team further enables us to provide inquiring clients with Ian Abramson’s speaking fee and appearance cost.

If your goal is to hire Ian Abramson to be your next keynote speaker or to be the next brand ambassador our celebrity speakers bureau can assist. If Ian Abramson’s booking fee is outside your companies budget or your unable to align with his appearance availability, our booking agents can provide you a list of talent that aligns with your event theme, budget and event date.

Ian Abramson is from Moreno Valley, California, where he learned to walk, read, and drive, but not in that order. He studied theater at California State University Channel Islands, which isn’t on an island, but has been converted from an old mental hospital, so it’s isolated in its own way. While at school he took as many performance and writing classes as he could and after trying stand-up at a couple of campus open mics, he decided to start writing comedy. When he finished school, he briefly lived in Orange County, doing stand-up, and preparing to move to Chicago, where he felt he’d get the best training to begin his career.

When he moved to Chicago, he began taking improv classes at The Second City and iO Theatre, as well as continuing to do stand-up regularly. He also began co-creating web series for Tom Snyder of Dr. Katz fame, making over 50 weekly episodes total over the course of a year and a half. He flew out to Boston to provide a voice over for an episode of Tom Snyder’s “Explosion Bus,” featured alongside Daryl Hall of “Hall and Oates.” After about eight months in Chicago Ian decided to focus on stand-up over improv as he liked the process of writing and refining live comedy. His stand-up has evolved into a mix of precise wordplay, longer emotionally absurd jokes, and larger conceptual pieces. He is also known for producing events he insists are not comedy shows such as “A Funeral for a Prop Comic,” and “A Court Case for a Young Comedian” and is a regular contributor for “the Onion.”

In the past year Ian has performed at the Oddball Comedy Festival, UP Comedy Club, Milwaukee’s Comedy Cafe, The Lincoln Lodge and even recently brought his show “Seven Minutes in Purgatory” to Atlanta’s Laughing Skull. “Seven Minutes in Purgatory” is a show where comedians perform to a camera in one room while the audience watches in another room so that the comedians have no idea how they are doing. Because of shows like this, as well as his approach to stand-up, Ian was recently named the “Best Experimental Comedian” by Chicago magazine, which also listed him as one of the “16 Comedians You Should See This Fall” in a different article.