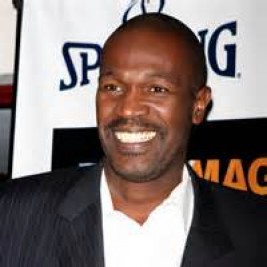 Businesses, Non-profit organizations, event planners and companies across the country have worked closely with our booking agents to hire Herb Williams for a speaking engagements, guest appearances, product endorsements and corporate events. Many of those same clients have continued to turn to our speakers bureau as we can easily align Herb Williams’s availability with their upcoming seminar, gala, annual conference, corporate function, and grand opening. Our close relationship with Herb Williams’s booking agent and management team further enables us to provide inquiring clients with Herb Williams’s speaking fee and appearance cost.

If your goal is to hire Herb Williams to be your next keynote speaker or to be the next brand ambassador our celebrity speakers bureau can assist. If Herb Williams’s booking fee is outside your companies budget or your unable to align with his appearance availability, our booking agents can provide you a list of talent that aligns with your event theme, budget and event date.

Herb Williams is a former NBA basketball star.  He played in the NBA for eighteen seasons from 1982 to 1999.

He attended Ohio State University, and in 1982 was drafted by the Indiana Pacers. He was traded to the Dallas Mavericks after the 1988-1989 season. In 1993, he was signed by the New York Knicks, where he spent six years backing up perennial All-Star Patrick Ewing. The team made the 1994 and 1999 NBA Finals, with Williams serving as a team leader.

After the 1999 Finals, Williams retired at the age of forty. Four years later, he returned to the Knicks as an assistant coach. He worked under head coaches Don Chaney and Lenny Wilkens. When Wilkens resigned in 2005, Williams took over as head coach.

On July 26, 2005, ESPN.com announced that legendary basketball coach Larry Brown was hired as the next head coach of the Knicks, thus ending Williams' head coaching tenure. Williams is under contract through the end of the 2005-2006 season.