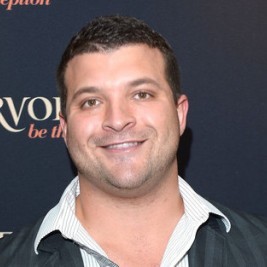 Businesses, Non-profit organizations, event planners and companies across the country have worked closely with our booking agents to hire Henry Hynoski for a speaking engagements, guest appearances, product endorsements and corporate events. Many of those same clients have continued to turn to our speakers bureau as we can easily align Henry Hynoski’s availability with their upcoming seminar, gala, annual conference, corporate function, and grand opening. Our close relationship with Henry Hynoski’s booking agent and management team further enables us to provide inquiring clients with Henry Hynoski’s speaking fee and appearance cost.

If your goal is to hire Henry Hynoski to be your next keynote speaker or to be the next brand ambassador our celebrity speakers bureau can assist. If Henry Hynoski’s booking fee is outside your companies budget or your unable to align with his appearance availability, our booking agents can provide you a list of talent that aligns with your event theme, budget and event date.

Henry Hynoski was born December 30, 1988 and is an American football fullback for the New York Giants. Hynoski played college football at the University of Pittsburgh. Hynoski redshirted in 2007, his freshman year, and was primarily a special-teams player in 2008, his redshirt-freshman year, where he played in five games and recorded one carry for five yards. Hynoski eventually became the starting fullback for Pitt and head coach Dave Wannstedt halfway through 2009, his sophomore year. In 2010, Hynoski, then a junior, remained entrenched as Pitt's starting fullback. In early 2011 he announced that he would forgo his senior season and declare for the NFL Draft. Hynoski was regarded as one of the best fullbacks available in the 2011 NFL Draft, until he suffered a hamstring injury during the NFL Scouting Combine. Due to the injury, his draft stock fell and he eventually went undrafted; however, soon after the NFL labor dispute was settled he received offers from several teams, subsequently making his decision to play for the New York Giants. Hynoski was given the starting fullback position after the Giants cut veteran Madison Hedgecock due to injury. He had no rushing statistics in his rookie season of 2011, being used primarily as a lead blocker for running backs Ahmad Bradshaw and Brandon Jacobs. Hynoski did catch 12 passes for 83 yards (a 6.9 yard per reception average). On February 5, 2012, Hynoski became a Super Bowl Champion in Super Bowl XLVI, with a 21-17 win over the New England Patriots. He caught 2 passes for 19 yards in the game, and recovered a potentially costly Hakeem Nicks fumble in the third quarter. Hynoski's performance attracted national attention as several sports reporters and analysts praised his play.