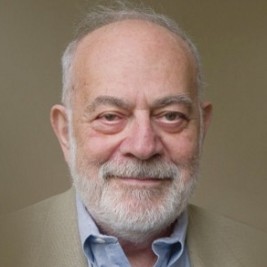 If your goal is to hire Harry Frankfurt to be your next keynote speaker or to be the next brand ambassador our celebrity speakers bureau can assist. If Harry Frankfurt’s booking fee is outside your companies budget or your unable to align with his appearance availability, our booking agents can provide you a list of talent that aligns with your event theme, budget and event date.

Harry Frankfurt is an American philosopher. He is professor emeritus of philosophy at Princeton University, where he taught from 1990 until 2002, and previously taught at Yale University, Rockefeller University, and Ohio State University.

He is professor emeritus of philosophy at Princeton University and has previously taught at Yale University, Rockefeller University, and Ohio State University.

His major areas of interest include moral philosophy, philosophy of mind and action, and 17th century rationalism. His 1986 paper On Bullshit, a philosophical investigation of the concept of "bullshit", was republished as a book in 2005 and became a surprise bestseller, leading to media appearances such as Jon Stewart's The Daily Show. In 2006 he released a companion book, On Truth, which explores society's loss of appreciation for truth.

Among philosophers, he was for a time best known for his interpretation of Descartes's rationalism. His most influential work, however, has been on freedom of the will (on which he has written numerous important papers based on his concept of higher-order volitions and for developing what are known as "Frankfurt cases" or "Frankfurt counterexamples" (i.e., thought experiments designed to show the possibility of situations in which a person could not have done other than he/she did, but in which our intuition is to say nonetheless that this feature of the situation does not prevent that person from being morally responsible). Frankfurt is probably the leading living Humean compatibilist, developing Hume's view that to be free is to do what one wants to do. (Others who develop this view are David Velleman, Gary Watson and John Martin Fischer.) Frankfurt's version of compatibilism is the subject of a substantial literature by other philosophy professors. More recently, he has written on love and caring.

He is a Fellow of the American Academy of Arts and Sciences. He has been a Visiting Fellow of All Souls College, Oxford University; he served as President, Eastern Division, American Philosophical Association; and he has received fellowships and grants from the Guggenheim Foundation, the National Endowment for the Humanities, and the Andrew Mellon Foundation.