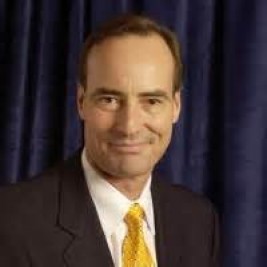 If your goal is to hire Harry Dent, Jr. to be your next keynote speaker or to be the next brand ambassador our celebrity speakers bureau can assist. If Harry Dent, Jr.’s booking fee is outside your companies budget or your unable to align with his appearance availability, our booking agents can provide you a list of talent that aligns with your event theme, budget and event date.

Harry Dent Jr. is an American economist and writer.

He is best known for his book, "The Roaring 2000s" which appeared on the New York Times Bestseller list.  He is known to write about a philosophy on demographic economics.

Harry is currently the Chief Economist for an investment firm in Tampa, Florida.  He is also the president and founder of the H.S. Dent Foundation.

Besides his New York Times Bestseller, Dent Jr. has also gone on to write an investment newsletter and five more books.