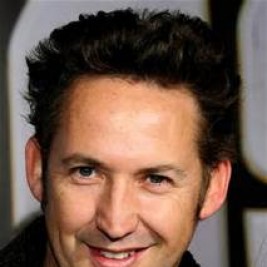 If your goal is to hire Harland Williams to be your next keynote speaker or to be the next brand ambassador our celebrity speakers bureau can assist. If Harland Williams’s booking fee is outside your companies budget or your unable to align with his appearance availability, our booking agents can provide you a list of talent that aligns with your event theme, budget and event date.

Since his movie debut in 1994's Dumb and Dumber, Harland Williams has appeared in numerous movies and television shows including Half Baked, Superstar, The Geena Davis Show, Big Money Hu$tla$ and Sorority Boys with cameos in many others, like My Name is Earl and There's Something About Mary.

Among his other performances, in 2001 he also provided the voice of the lustful, yet fun-loving Michael Timothy Bonner in the boycott claymation UPN show Gary & Mike along with Christopher Moynihan providing the voice of the good-hearted nerd, Gary Newton.

He has performed his stand up comedy numerous times at the Montreal comedy festival and other notable venues. His stand up routine is often odd, with obscure references to topics like koalas and KFC.

He also recently appeared in the 2006 comedy film Employee of the Month.