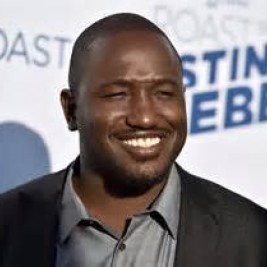 If your goal is to hire Hannibal Buress to be your next keynote speaker or to be the next brand ambassador our celebrity speakers bureau can assist. If Hannibal Buress’s booking fee is outside your companies budget or your unable to align with his appearance availability, our booking agents can provide you a list of talent that aligns with your event theme, budget and event date.

Hannibal Buress was born February 4, 1983 and is an American stand-up comedian and television writer currently living in New York City.

Buress has been featured in The Awkward Comedy Show special on Comedy Central, and alongside comics Baron Vaughn, Eric André, Marina Franklin, and Victor Varnado, and on the FX sitcom Louie. He currently co-stars with Eric André on The Eric André Show on Adult Swim. In July 2010, Buress made Variety magazine's "Ten Comics to Watch in 2010" list.

His first stand-up comedy album "My Name is Hannibal" was released on July 27, 2010.

Buress was a writer on Saturday Night Live from 2009-2010. In September 2010, he began writing for the fifth season of the NBC comedy series 30 Rock. He has appeared within the show as "homeless guy" or "bum" five times, as well as appearing as Tracy Jordan on the reality show "Queen of Jordan" filmed during the episode "Operation Righteous Cowboy Lightning."

His stand-up comedy has been featured on Comedy Central programs such as Live at Gotham and John Oliver's New York Stand-Up Show. He has also performed on several late night talkshows such as The Late Late Show with Craig Ferguson, Lopez Tonight, Late Night with Jimmy Fallon, Late Show with David Letterman, Jimmy Kimmel Live!, Totally Biased with W. Kamau Bell, and Conan. Additionally, he performed a set at the 2012 Secret Policeman's Ball at Radio City Music Hall in New York City.

He also hosts a free weekly stand-up comedy show at The Knitting Factory in Brooklyn, New York on Sunday evenings.