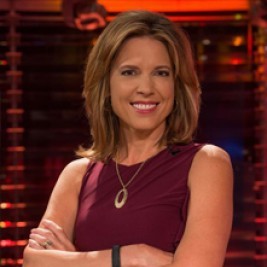 Businesses, Non-profit organizations, event planners and companies across the country have worked closely with our booking agents to hire Hannah Storm for a speaking engagements, guest appearances, product endorsements and corporate events. Many of those same clients have continued to turn to our speakers bureau as we can easily align Hannah Storm’s availability with their upcoming seminar, gala, annual conference, corporate function, and grand opening. Our close relationship with Hannah Storm’s booking agent and management team further enables us to provide inquiring clients with Hannah Storm’s speaking fee and appearance cost.

If your goal is to hire Hannah Storm to be your next keynote speaker or to be the next brand ambassador our celebrity speakers bureau can assist. If Hannah Storm’s booking fee is outside your companies budget or your unable to align with his appearance availability, our booking agents can provide you a list of talent that aligns with your event theme, budget and event date.

Hannah Storm is currently a co-host on CBS' The Early Show. Storm, who's real last name is Storen, is the daughter of sports executive Mike Storen.

Hannah graduated from the prestigious Westminster Schools of Atlanta in 1979 and the University of Notre Dame in 1983. Her degrees were in political sciences and communications. Storm is married to NBC Sports anchor Dan Hicks .

Hannah's first job was for WNDU-TV, the Notre Dame-owned NBC affiliate in South Bend, Indiana, from 1982 to 1983. She worked for 3 different stations in Texas until 1988, when she was hired by WPCQ in Charlotte (now WCNC) as sports anchor and reporter. Hannah reportedly got her professional surname during her stint as a disc jockey for a radio station specializing in heavy metal music.

Storm was hired by NBC in 1992. Hannah has worked 4 Olympic Games, as well as NBA and WNBA basketball, NFL football, figure skating, and MLB baseball. She became the 1st woman in American television history to host a major network's sports package when NBC had her host baseball games from 1994 to 2000, and then NBA games from 1997 to 2002. Storm also covered NBA games on cable for Turner Network Television.

Hannah moved to CBS News as co-host of The Early Show in October of 2002.

She revealed on camera during The Early Show that she had had a congenital defect known as port-wine stain under her left eye, which was later removed by a plastic surgeon using a laser technique.