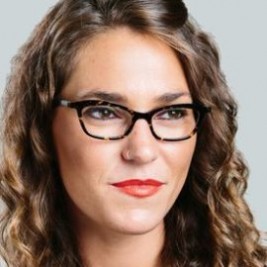 Businesses, Non-profit organizations, event planners and companies across the country have worked closely with our booking agents to hire Haley Van Dyck for a speaking engagements, guest appearances, product endorsements and corporate events. Many of those same clients have continued to turn to our speakers bureau as we can easily align Haley Van Dyck’s availability with their upcoming seminar, gala, annual conference, corporate function, and grand opening. Our close relationship with Haley Van Dyck’s booking agent and management team further enables us to provide inquiring clients with Haley Van Dyck’s speaking fee and appearance cost.

If your goal is to hire Haley Van Dyck to be your next keynote speaker or to be the next brand ambassador our celebrity speakers bureau can assist. If Haley Van Dyck’s booking fee is outside your companies budget or your unable to align with his appearance availability, our booking agents can provide you a list of talent that aligns with your event theme, budget and event date.

Haley Van Dyck is the co-founder of the United States Digital Service, a new "start-up" inside the White House building services for the American people that work better and cost less. Launched following the successful rescue effort of healthcare.gov, USDS is bringing the country’s top technology talent into government to fix the highest impact services and reform how our government operates in the digital era.

Haley has a passion and track record of using technology to disrupt “business as usual” and democratize problem solving. She has been a key thought leader on President Obama’s technology team since the 2008 campaign, where she developed the mobile strategy for the first Presidential campaign in history to use mobile and text messaging to connect with voters. Four days after the election she moved to Washington, D.C. to serve on the Presidential Transition Team with a small group of individuals who set the course for the Administration’s technology strategy, including writing the Open Government Directive and creating the first U.S. Chief Technology Officer position.

At the White House, Haley built many of the President’s major technology initiatives including the U.S. Open Data Policy and Executive Order, the Presidential Innovation Fellows Program, the Digital Government Strategy, and the United States Digital Service. She is also responsible for the first-ever government policy being developed in the open and online through Github—an effort that WIRED magazine called “remarkable” for giving geeks a seat at the policy table.

In 2011 as Director of Digital Strategy at USAID, Haley used innovative technology to engage Americans at home to fight famine in the Horn of Africa through the award-winning FWD campaign. At the Federal Communications Commission in 2009 she worked to disrupt the archaic rulemaking processes, and as part of the landmark Net Neutrality proceedings comments from citizens via social media and other online channels were accepted with the same legal standing as those filed by large corporations such as AT&T and Verizon for the first time.

Van Dyck is a native of San Francisco and is a graduate of the University of Wisconsin, Madison.