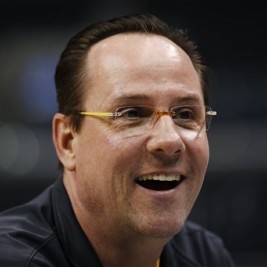 Businesses, Non-profit organizations, event planners and companies across the country have worked closely with our booking agents to hire Gregg Marshall for a speaking engagements, guest appearances, product endorsements and corporate events. Many of those same clients have continued to turn to our speakers bureau as we can easily align Gregg Marshall’s availability with their upcoming seminar, gala, annual conference, corporate function, and grand opening. Our close relationship with Gregg Marshall’s booking agent and management team further enables us to provide inquiring clients with Gregg Marshall’s speaking fee and appearance cost.

If your goal is to hire Gregg Marshall to be your next keynote speaker or to be the next brand ambassador our celebrity speakers bureau can assist. If Gregg Marshall’s booking fee is outside your companies budget or your unable to align with his appearance availability, our booking agents can provide you a list of talent that aligns with your event theme, budget and event date.

Gregg Marshall was born February 27, 1963 and is a college basketball coach who currently leads the Wichita State Shockers men's basketball team of Wichita State University (WSU). He previously served as the head coach of the Winthrop Eagles men's basketball team of Winthrop University. Marshall has coached his mid-major teams to appearances in the NCAA Men's Division I Basketball Tournament in eight of the past fourteen seasons.

Marshall spent two years (1985–87) as an assistant at his alma mater, Randolph-Macon College, in Ashland, Virginia, and another year as an assistant at Belmont Abbey College during the 1987–88 season. He then spent eight years under John Kresse at the College of Charleston from 1988 to 1996, where the program received an at-large 1994 NCAA bid, and NIT invitations in 1995 and 1996. He became an assistant coach at Marshall University, serving from 1996 to 1998.

Marshall became the head coach at Winthrop University in 1998, and led the Winthrop Eagles men's basketball team to seven NCAA tournament appearances and transformed a previously undistinguished program into a mid-major powerhouse. In his first season at Winthrop in 1998–99, he compiled a record of 19–8 (9–1 in Big South Conference play), coaching the Eagles to their first regular season Big South title. They went on to win the Big South Conference Tournament, earning the Eagles their first-ever bid to the NCAA Tournament. As a No. 16 seed, the team lost to the No. 1 seed Auburn Tigers in the first round, 80–41.

During his nine seasons at Winthrop, Marshall coached the team to six regular season titles, seven Big South Tournament titles, six 20-win seasons, and was named Big South Coach of the Year four times. In 2006, he became the all-time winningest coach in Winthrop men's basketball history. During the 2006–07 season, Marshall became the first coach in the history of the Big South Conference to have his team go undefeated in conference play.

The 2006 NCAA Tournament matched No. 15 seed Winthrop against the No. 2 seed Tennessee Volunteers, the Southeastern Conference Eastern Division champion, in the first round. Winthrop led for much of the game, only to lose 63-61 on a long jump shot with 2.9 seconds remaining. In 2007, Marshall became the first Big South coach to win an NCAA first round tournament game by defeating No. 6 seed Notre Dame.

Marshall's success at the mid-major level created a lot of speculation that he could be a contender for the coaching position at North Carolina State University, which was vacated with the departure of Herb Sendek. Sidney Lowe, a former NC State player and former head coach of the NBA's Minnesota Timberwolves and Memphis Grizzlies, was eventually named the head coach of the Wolfpack. Marshall accepted an offer to coach the College of Charleston in June 2006 but changed his mind after the press conference introducing him as coach and returned to Winthrop.

Marshall accepted Wichita State University's offer to coach its Wichita State Shockers men's basketball team on April 14, 2007 In his third season at WSU, Marshall lead the Shockers to the NIT Championship, defeating Alabama in the finals. Under Marshall, Wichita State broke into the AP Top 25 poll on February 13, 2012, the first time since December 25, 2006, and only the second time since 1983. Wichita State made its first appearance in the NCAA tournament since the 2005–06 season.