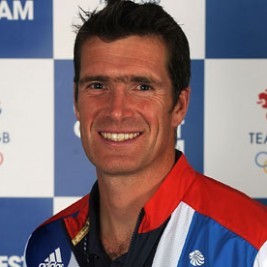 Businesses, Non-profit organizations, event planners and companies across the country have worked closely with our booking agents to hire Greg Searle for a speaking engagements, guest appearances, product endorsements and corporate events. Many of those same clients have continued to turn to our speakers bureau as we can easily align Greg Searle’s availability with their upcoming seminar, gala, annual conference, corporate function, and grand opening. Our close relationship with Greg Searle’s booking agent and management team further enables us to provide inquiring clients with Greg Searle’s speaking fee and appearance cost.

If your goal is to hire Greg Searle to be your next keynote speaker or to be the next brand ambassador our celebrity speakers bureau can assist. If Greg Searle’s booking fee is outside your companies budget or your unable to align with his appearance availability, our booking agents can provide you a list of talent that aligns with your event theme, budget and event date.

Gregory ("Greg") Mark Pascoe Searle MBE was born 20 March 1972 in Ashford, Surrey, England and is a British Olympic rower educated at Hampton School and London South Bank University. Greg Searle is an Olympic gold medalist, winning the coxed pairs event at the 1992 Barcelona Olympics with his brother Jonny Searle and cox Garry Herbert. He also won a World Championships gold medal in 1993 with his brother. In the 1996 Atlanta Olympics, he finished third in the coxless four event. Following Atlanta, he converted briefly to competing in the single scull (coached by Harry Mahon), and won bronze at the 1997 Rowing World Championships. He was a finalist in the coxless pairs at the 2000 Sydney Olympics with Ed Coode, finishing a disappointing and close fourth, having led much of the way. After his retirement as an international rower, Searle joined the British team in the America's Cup. He was a "grinder" in the 2002 Challenger Series. He returned to international rowing at the age of 38 for the 2010 World Rowing Championships and won an Olympic bronze medal, age 40, in the men's eight at London 2012. Searle was awarded an MBE in the 1993 New Year's Honours, following his gold at Barcelona.