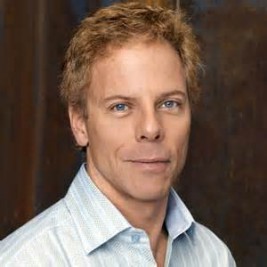 Businesses, Non-profit organizations, event planners and companies across the country have worked closely with our booking agents to hire Greg Germann for a speaking engagements, guest appearances, product endorsements and corporate events. Many of those same clients have continued to turn to our speakers bureau as we can easily align Greg Germann’s availability with their upcoming seminar, gala, annual conference, corporate function, and grand opening. Our close relationship with Greg Germann’s booking agent and management team further enables us to provide inquiring clients with Greg Germann’s speaking fee and appearance cost.

If your goal is to hire Greg Germann to be your next keynote speaker or to be the next brand ambassador our celebrity speakers bureau can assist. If Greg Germann’s booking fee is outside your companies budget or your unable to align with his appearance availability, our booking agents can provide you a list of talent that aligns with your event theme, budget and event date.

Gregory Andrew "Greg" Germann (born February 26, 1958) is an American actor. He played the roles of Richard Fish in the television series Ally McBeal, businessman Mattson from Child's Play 2 and the vet Laurence from Quarantine. He has also appeared in Spectacular!, Friends with Money and Bolt.

Germann was born in Houston. The family moved to Lookout Mountain outside of Golden, Colorado. His mother, Marlene Marian (née Faulkner), was a homemaker, and his father, Edward A. Germann, was a playwright and professor. Germann became a theater major at the University of Northern Colorado. He began acting in New York theatre including Biloxi Blues where he was the original understudy for star Matthew Broderick, Assassins, The Person I Once Was (opposite Holly Hunter) and War Games. He has had roles in numerous films and television shows, including Ned and Stacey. In 2006, he guest-starred in the series, Desperate Housewives. Germann directed a few Ally McBeal episodes, including "Fear of Flirting" (season 5, episode 4). He appeared on ABC's In Case of Emergency as Sherman Yablonsky until it was canceled after one season and also in the pilot episode of Eureka as the director of operations, Warren King. He did not reprise the role, and his character's disappearance was explained in the official comic book as having been reassigned to Alaska. Germann has appeared in NCIS since the Season 10 episode, "Shiva", playing NCIS Assistant Director Jerome Craig. Later, in the episode, "Canary", he briefly took over the agency while the Director at the time was on temporary leave following a family tragedy. Germann has appeared in Law & Order: Special Victims Unit in the Season 14 episode, "Undercover Blue", playing A.D.A. Derek Strauss .