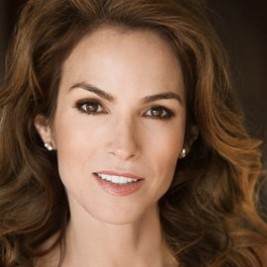 Businesses, Non-profit organizations, event planners and companies across the country have worked closely with our booking agents to hire Gigi Levangie for a speaking engagements, guest appearances, product endorsements and corporate events. Many of those same clients have continued to turn to our speakers bureau as we can easily align Gigi Levangie’s availability with their upcoming seminar, gala, annual conference, corporate function, and grand opening. Our close relationship with Gigi Levangie’s booking agent and management team further enables us to provide inquiring clients with Gigi Levangie’s speaking fee and appearance cost.

If your goal is to hire Gigi Levangie to be your next keynote speaker or to be the next brand ambassador our celebrity speakers bureau can assist. If Gigi Levangie’s booking fee is outside your companies budget or your unable to align with his appearance availability, our booking agents can provide you a list of talent that aligns with your event theme, budget and event date.

Gigi Levangie's writing style has been described as ''sophisticated, funny and self-deprecating,'' falling ''somewhere between Jacqueline Suzanne and Dorothy Parker.''

From the power players in Hollywood (Maneater) to the wife who was dumped just shy of her ten year wedding anniversary (The Starter Wife) Levangie's books are an insider's view into the material world of Hollywood. While the backdrops take place in privileged lifestyles and locations, their stories of contemporary marriage still manage to be relatable to women everywhere.

Formerly married to film producer Brian Grazer, Levangie experienced firsthand the exclusive workings of Hollywood. But unlike many "Hollywood wives" who give up their careers when they marry, Levangie used her acid powers of observation and scathing satire of L.A. society to produce bestselling books and screenplays.

Her screenplay for the movie Stepmom, starring Susan Sarandon and Julia Roberts, was based loosely on GIGI her experiences with Grazer's children from his first marriage, and her novels The Starter Wife and Maneater were developed into television series on USA Network and Lifetime.

Her fifth novel, The After Wife, was released July 10, 2012 from Random House.

Levangie's unique ability to give readers a front row seat at all the best tables, combined with her gift for skewering herself and everyone around her has made her one of the most popular writers working today.