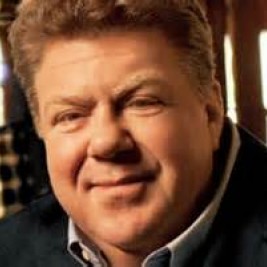 Businesses, Non-profit organizations, event planners and companies across the country have worked closely with our booking agents to hire George Wendt for a speaking engagements, guest appearances, product endorsements and corporate events. Many of those same clients have continued to turn to our speakers bureau as we can easily align George Wendt’s availability with their upcoming seminar, gala, annual conference, corporate function, and grand opening. Our close relationship with George Wendt’s booking agent and management team further enables us to provide inquiring clients with George Wendt’s speaking fee and appearance cost.

If your goal is to hire George Wendt to be your next keynote speaker or to be the next brand ambassador our celebrity speakers bureau can assist. If George Wendt’s booking fee is outside your companies budget or your unable to align with his appearance availability, our booking agents can provide you a list of talent that aligns with your event theme, budget and event date.

George Wendt is best known for the role of Norm Peterson on the long-running television show Cheers (1982-1993).

In 1989, Wendt appeared as the eponymous protagonist in a BBC TV dramatization of Ivan Goncharov's novel Oblomov. He has also appeared twice on the original British edition of Whose Line Is It Anyway?.

In the early 1990s, Wendt made cameo appearances on several episodes of Saturday Night Live as Bob Swerski, one of the Chicago Superfans. Wendt is the uncle of current SNL writer and featured player Jason Sudeikis.

In January 2006, Wendt was seen again on television screens as part of the cast of Modern Men.

In May 2006, Wendt was seen yet again on television. He made several appearances on Late Night with Conan O'Brien where he performed short skits to the audience's delight, one of which involved him doing one push up. His appearance on Late Night was in all likelihood due to the fact that the show was having a week long event in his hometown of Chicago where he is beloved.