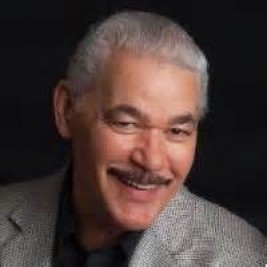 Businesses, Non-profit organizations, event planners and companies across the country have worked closely with our booking agents to hire George Fraser for a speaking engagements, guest appearances, product endorsements and corporate events. Many of those same clients have continued to turn to our speakers bureau as we can easily align George Fraser’s availability with their upcoming seminar, gala, annual conference, corporate function, and grand opening. Our close relationship with George Fraser’s booking agent and management team further enables us to provide inquiring clients with George Fraser’s speaking fee and appearance cost.

If your goal is to hire George Fraser to be your next keynote speaker or to be the next brand ambassador our celebrity speakers bureau can assist. If George Fraser’s booking fee is outside your companies budget or your unable to align with his appearance availability, our booking agents can provide you a list of talent that aligns with your event theme, budget and event date.

George Fraser is also the creator and publisher of the award winning SuccessGuide, The Networking Guide to Black Resources. Over the last nine years, 20 versions of SuccessGuide have been published for nine different cities, across America. He is a frequent contributor to scholarly journals on a wide range of topics to include business ethics and economic development.

Mr. Fraser has served on numerous boards and has received many awards and citations for his community service, including the United Negro College Fund, National Volunteer of the Year Award. He has been appointed to state and city commissions by both the Governor and the Mayor of his home state and city of Cleveland, Ohio.

Mr. Fraser spent 17 years in management with Procter & Gamble, United Way and Ford. Today as a popular speaker and author Mr. Fraser has appeared on more than 150 television and radio talk shows. His views are solicited by media as diverse as CNN and the Wall Street Journal. He speaks nearly 150 times per year all around the world. His inspiring talks on success principles, effective networking, wealth creation, ethics and valuing diversity are as popular among corporate professionals, as they are among college students.

UPSCALE magazine named him one of the top 50 power brokers in Black America. Black Enterprise Magazine called him Black America's #1 networker and featured him on its cover. Personal growth "guru" Stephen Covey called Mr. Fraser a "masterful teacher." TV host and journalist, Tony Brown called him a "visionary with the rare combination of leadership and management skills." Many have called him a new voice for African Americans. He is considered by most to be one of the foremost authorities on networking and building effective relationships.