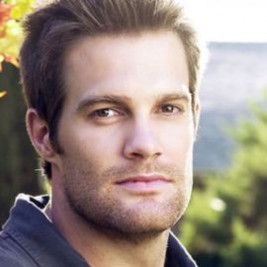 Businesses, Non-profit organizations, event planners and companies across the country have worked closely with our booking agents to hire Geoff Stults for a speaking engagements, guest appearances, product endorsements and corporate events. Many of those same clients have continued to turn to our speakers bureau as we can easily align Geoff Stults’s availability with their upcoming seminar, gala, annual conference, corporate function, and grand opening. Our close relationship with Geoff Stults’s booking agent and management team further enables us to provide inquiring clients with Geoff Stults’s speaking fee and appearance cost.

If your goal is to hire Geoff Stults to be your next keynote speaker or to be the next brand ambassador our celebrity speakers bureau can assist. If Geoff Stults’s booking fee is outside your companies budget or your unable to align with his appearance availability, our booking agents can provide you a list of talent that aligns with your event theme, budget and event date.

Geoff Stults started his acting career at the age of seven by doing commercials alongside his brother George. He appeared on "Everybody Loves Raymond" as a mailman in the episode "What's with Robert?" Stults landed his first major role in 2002 as Ben Kinkirk, a fireman at the department in which Mary Camden was training and Mary's soon-to-be new love interest, on the show "7th Heaven." The role of Ben's brother, Kevin Kinkirk, was portrayed by George Stults, his real life brother. Geoff Stults also portrayed Eddie Latekka for two seasons on the popular ABC drama series "October Road."

His first major film role came in 2004, when he played the male lead in the female action-comedy "D.E.B.S.," where he met his future co-star on "The Finder," Michael Clarke Duncan. Since then, Stults has had small but memorable roles in "Wedding Crashers" and "The Break-Up," as well as larger roles in "The Express," "She's Out Of My League" and "L!fe Happens."

In 2010, Stults played Dan in the film adaptation of "I Hope They Serve Beer In Hell." He starred in the ABC television series "Happy Town" and had a recurring role on "How I Met Your Mother."

At the 2011 network upfronts, Fox announced that it picked-up the "Bones" spin-off, "The Finder," starring Stults in the lead role of Walter Sherman (a.k.a. The Finder), an Iraq war veteran who, after a brain injury from an exploding IED, was left with the extraordinary skill of finding anybody or anything. The show co-starred Duncan, Mercedes Masohn, and Maddie Hasson.

In 2012 and 2013, he appeared on the sitcom "Ben and Kate." Stults also stars in the upcoming FOX series "Enlisted," a comedy that follows three very different brothers working together in the Army at a small base in Florida. Most recently, he was cast as a recurring role in CBS' "Zoo" as as FBI agent Ben Shafer.