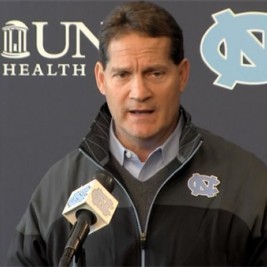 Businesses, Non-profit organizations, event planners and companies across the country have worked closely with our booking agents to hire Gene Chizik for a speaking engagements, guest appearances, product endorsements and corporate events. Many of those same clients have continued to turn to our speakers bureau as we can easily align Gene Chizik’s availability with their upcoming seminar, gala, annual conference, corporate function, and grand opening. Our close relationship with Gene Chizik’s booking agent and management team further enables us to provide inquiring clients with Gene Chizik’s speaking fee and appearance cost.

If your goal is to hire Gene Chizik to be your next keynote speaker or to be the next brand ambassador our celebrity speakers bureau can assist. If Gene Chizik’s booking fee is outside your companies budget or your unable to align with his appearance availability, our booking agents can provide you a list of talent that aligns with your event theme, budget and event date.

Head football coach of Auburn University, Gene Chizik was born December 28, 1961 in Clearwater, Florida. He was most recently the head coach of the Iowa State Cyclones, where he compiled a record of 5-19 in two seasons.

His initial full-time coaching job was as the defensive ends coach at Middle Tennessee State University. He served in this capacity from 1990-1991. In 1990, the Blue Raiders won the Ohio Valley Conference championship. His next assignment was at Stephen F. Austin, serving as their linebackers coach from 1992-1995. SFA advanced to the Division I-AA semifinals in 1995. He was then promoted to the defensive coordinator role, which he held from 1996-1997. He then served as the defensive coordinator and secondary coach for Central Florida from 1998-2001.

Chizik later employed a very similar scheme at Auburn, where he served again as the defensive coordinator and secondary coach from 2002-04. During this time, he had some of the greatest successes of his career to date. He coached in three bowl games, the 2003 Capital One Bowl, 2004 Music City Bowl, and 2005 Sugar Bowl. His 2004 defensive unit led the country in scoring defense, giving up 11.3 points per game, and the total defense ranked 5th, which is the same ranking the 2003 team recorded. He garnered the 2004 Broyles Award, which is given each year to the top assistant coach in the nation. He also guided Carlos Rogers to capture the 2004 Jim Thorpe Award, which is given to the top defensive back in the nation annually. The 2004 Auburn Tigers football team finished 13-0 that year, won the SEC title, and defeated Virginia Tech in the Sugar Bowl. It placed second in the final AP and Coaches polls

On December 13, 2008, Auburn University hired Chizik to succeed former head coach Tommy Tuberville, who left the position after finishing 5-7 in the 2008 season.