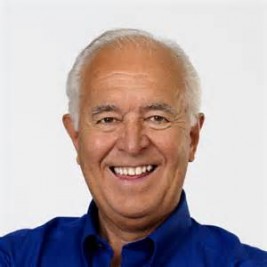 Businesses, Non-profit organizations, event planners and companies across the country have worked closely with our booking agents to hire Gary Smalley for a speaking engagements, guest appearances, product endorsements and corporate events. Many of those same clients have continued to turn to our speakers bureau as we can easily align Gary Smalley’s availability with their upcoming seminar, gala, annual conference, corporate function, and grand opening. Our close relationship with Gary Smalley’s booking agent and management team further enables us to provide inquiring clients with Gary Smalley’s speaking fee and appearance cost.

If your goal is to hire Gary Smalley to be your next keynote speaker or to be the next brand ambassador our celebrity speakers bureau can assist. If Gary Smalley’s booking fee is outside your companies budget or your unable to align with his appearance availability, our booking agents can provide you a list of talent that aligns with your event theme, budget and event date.

Gary Smalley is one of the country's best known authors and speakers on family relationships. He is the author and co-author of 21 best-selling, award-winning books along with several popular films and videos. He has spent over 30 years learning, teaching and counseling. Gary has personally interviewed hundreds of singles and couples and has surveyed thousands of people at his seminars asking two questions: What is it that strengthens your relationships and what weakens them?
Gary's books combined have sold over 6 million copies. Many of them have been translated into various languages. The Blessing and The Two Sides of Love have won the Gold Medallion Award for excellence in literature. The Language of Love won the Angel Award as the best contribution to family life. All other titles have been top-five finalists for the Gold Medallion Award. In the last 30 years, Gary has spoken to over two million people in live conferences.

He has been presenting his live two-day workshop once a month for the last twenty years. His award-winning infomercial "Hidden Keys to Loving Relationships" has appeared to television audiences all over the world. Several versions of the infomercial--first with Dick Clark, then with John Tesh and Connie Sellacca, and also with Frank and Kathie Lee Gifford--have been aired. This 18 videotape series has sold over four million tapes. Gary Smalley has appeared on national television programs such as "The Oprah Winfrey Show," "Larry King Live," "Extra," "NBC Today Show," and "Sally Jessy Raphael," as well as numerous national radio programs. Gary has been featured on hundreds of regional and local television and radio programs across the United States.