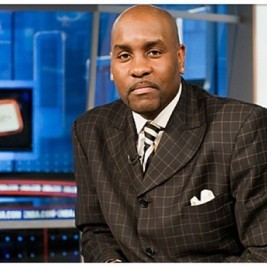 Businesses, Non-profit organizations, event planners and companies across the country have worked closely with our booking agents to hire Gary Payton for a speaking engagements, guest appearances, product endorsements and corporate events. Many of those same clients have continued to turn to our speakers bureau as we can easily align Gary Payton’s availability with their upcoming seminar, gala, annual conference, corporate function, and grand opening. Our close relationship with Gary Payton’s booking agent and management team further enables us to provide inquiring clients with Gary Payton’s speaking fee and appearance cost.

If your goal is to hire Gary Payton to be your next keynote speaker or to be the next brand ambassador our celebrity speakers bureau can assist. If Gary Payton’s booking fee is outside your companies budget or your unable to align with his appearance availability, our booking agents can provide you a list of talent that aligns with your event theme, budget and event date.

Gary Payton was born July 23, 1968, also known as The Glove, is a former professional basketball point guard. He is best known for his 13-year tenure with the Seattle SuperSonics, and holds Seattle franchise records in points, assists, and steals. He has also played with the Milwaukee Bucks, Los Angeles Lakers, Boston Celtics and Miami Heat, the last with whom he won an NBA Championship.

The only point guard ever to win the NBA Defensive Player of the Year award, Payton is widely considered one of the greatest of all time at that position.He was selected to the NBA All-Defensive First Team nine times, an NBA record he shares with Michael Jordan, Kevin Garnett and Kobe Bryant. He was also a nine-time NBA All-Star and a nine-time All-NBA Team member. Payton got his nickname "The Glove" when Payton's cousin called him during the 1993 Western Conference Finals series against Phoenix and told him, "you're holding Kevin Johnson like a baseball in a glove," and the nickname was born.

Considered the "NBA's reigning high scorer among point guards" in his prime, Payton is referred to as "probably as complete a guard as there ever was" by NBA Hall of Famer Gail Goodrich.