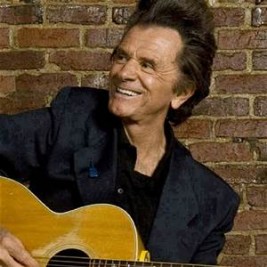 Businesses, Non-profit organizations, event planners and companies across the country have worked closely with our booking agents to hire Gary Muledeer for a speaking engagements, guest appearances, product endorsements and corporate events. Many of those same clients have continued to turn to our speakers bureau as we can easily align Gary Muledeer’s availability with their upcoming seminar, gala, annual conference, corporate function, and grand opening. Our close relationship with Gary Muledeer’s booking agent and management team further enables us to provide inquiring clients with Gary Muledeer’s speaking fee and appearance cost.

If your goal is to hire Gary Muledeer to be your next keynote speaker or to be the next brand ambassador our celebrity speakers bureau can assist. If Gary Muledeer’s booking fee is outside your companies budget or your unable to align with his appearance availability, our booking agents can provide you a list of talent that aligns with your event theme, budget and event date.

He has more than 250 television appearances and nearly every major concert stage in the country. In his early career days Gary and his roommate, Steve Martin, began to write what would be the basis of their comedy acts for years to come. This made them two of the most avant-garde comics around, with their off-the-wall prop humor combined with Gary's guitar and Steve's banjo music. Steve became a writer-performer on the Smothers Brothers Show and Gary spent the next few years with Epic Records. In 1976 Gary went out on his own as Gary Mule Deer.

He began appearing on numerous "Tonight Shows," did regular stints on CBS's "Dinah Shore Show" and was the co-host and off-camera announcer on Don Kirschner's "Rock Concert." He was now working as a regular at both The Comedy Store and The Improv, and was one of six comedians to appear on the very first HBO comedy special, "Freddie Prinze and Friends." Gary Mule Deer appeared in the movies "Annie Hall' and Cheech and Chong's "Up in Smoke" and on more than 100 television shows, including Hollywood Squares, the pilot episode of "Norm Crosby's Comedy Shop" and Steve Martin's specials, "Comedy Is Not Free" and "The Winds of Whoopee." During this time he had a musical comedy act that consisted of more than 300 pounds of props, 15 audio tapes, and both acoustic and electric guitars.

This - combined with his deadpan delivery of offbeat satirical humor and the ability to create absurd situations - set Gary Mule Deer apart as one of a kind. Gary became a frequent judge on "The Gong Show" and a regular performer on "Make Me Laugh." He began making many appearances on both "The Tonight Show" and "Late Night with David Letterman." Gary began entertaining at the major casinos in Las Vegas, Reno, Tahoe and Atlantic City with top country and pop performers, including Roger Miller, Dolly Parton, Kenny Rogers, Willie Nelson, Frank Sinatra, Reba McEntire, Ray Charles, The Judds, Crystal Gayle, and most recently, Brooks and Dunn and Johnny Mathis. He has become a regular performer on the Nashville Network, with more than 100 appearances in the past twelve years, including "Nashville Now," "The Statler Brothers Show," "Church Street Station," "Country Kitchen" and "Prime Time Country."

He had a regular spot on "Hee Haw" in 1991, where he introduced two new characters, the Right Reverend G.C. Mule Deer and Cactus Jack, Bad Cowboy Poet. Gary was a headliner in major comedy clubs across the U.S. for more than 25 years and has been a frequent visitor to A&E's "Evening at the Improv." In 1987, he was featured on ABC's "20/20" and in December 1993 on the CBS special "Great Television Moments...What We Watched." For four years Gary Mule Deer has been touring with Johnny Mathis in concert in major theatres across the country, regularly at Caesar's Palace in Las Vegas, the Tropicana in Atlantic City and at the Royal Albert Hall in London.