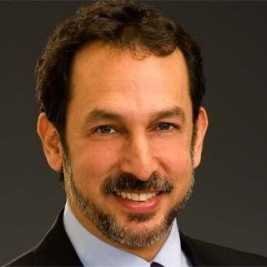 Businesses, Non-profit organizations, event planners and companies across the country have worked closely with our booking agents to hire Gary Langer for a speaking engagements, guest appearances, product endorsements and corporate events. Many of those same clients have continued to turn to our speakers bureau as we can easily align Gary Langer’s availability with their upcoming seminar, gala, annual conference, corporate function, and grand opening. Our close relationship with Gary Langer’s booking agent and management team further enables us to provide inquiring clients with Gary Langer’s speaking fee and appearance cost.

If your goal is to hire Gary Langer to be your next keynote speaker or to be the next brand ambassador our celebrity speakers bureau can assist. If Gary Langer’s booking fee is outside your companies budget or your unable to align with his appearance availability, our booking agents can provide you a list of talent that aligns with your event theme, budget and event date.

Formerly director of polling at ABC News, Langer founded Langer Research Associates in August 2010 after a 20-year career at ABC, during which he oversaw and analyzed more than 700 opinion polls. Beyond political and election analysis, his work has encompassed topics including international affairs, views on terrorism and security, healthcare policy, economic anxiety, environmental attitudes, and a broad range of other social concerns.

Langer has won two Emmy awards and received eight Emmy nominations – the first and only to cite public opinion polls – as well as being honored with the 2010 Policy Impact Award of the American Association for Public Opinion Research for a series of surveys in Afghanistan and Iraq, described in AAPOR's citation as "a stellar example of high-impact public opinion polling at its finest." He's a two-time winner of the University of Iowa-Gallup Award for Excellent Journalism Using Polls, produced a pair of ABC News polls recognized by the Excellence in Media Coverage of Polls Award from the National Council on Public Polls, and shared a division-wide DuPont-Columbia Award for ABC's 9/11 coverage.

Langer has been at the forefront of the movement for standards and disclosure in survey research and improved news reporting of polls, creating ABC's industry-leading poll standards and vetting operation and advancing disclosure initiatives through professional organizations. A frequent speaker, writer, and commentator on public attitudes, he's the author of "The Numbers" blog at ABCNews.com, has authored or co-authored nearly 30 scholarly papers, and has given more than 60 invited presentations on the contours, measurement, and meaning of public opinion.

Langer is a member of the Board of Directors of the Roper Center for Public Opinion Research, a trustee of the National Council on Public Polls, and past president of the New York chapter of AAPOR. He is a Phi Beta Kappa graduate of the University of New Hampshire.