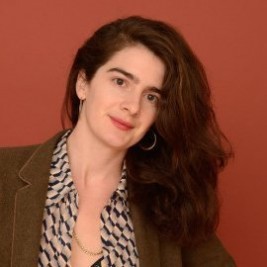 Businesses, Non-profit organizations, event planners and companies across the country have worked closely with our booking agents to hire Gaby Hoffman for a speaking engagements, guest appearances, product endorsements and corporate events. Many of those same clients have continued to turn to our speakers bureau as we can easily align Gaby Hoffman’s availability with their upcoming seminar, gala, annual conference, corporate function, and grand opening. Our close relationship with Gaby Hoffman’s booking agent and management team further enables us to provide inquiring clients with Gaby Hoffman’s speaking fee and appearance cost.

If your goal is to hire Gaby Hoffman to be your next keynote speaker or to be the next brand ambassador our celebrity speakers bureau can assist. If Gaby Hoffman’s booking fee is outside your companies budget or your unable to align with his appearance availability, our booking agents can provide you a list of talent that aligns with your event theme, budget and event date.

Gaby Hoffmann is an Emmy-nominated actress currently starring on the award-winning Amazon series "Transparent." However her introduction into the spotlight came much earlier.

Born in New York City, Gaby began acting at the age of five and was in her first movie at six. She starred in "Field of Dreams," "Sleepless in Seattle," "Uncle Buck" and "Now and Then" all by the time she graduated middle school.

Gaby spent her early 20’s making a splash in the theatre scene. She was seen in "24 Hour Plays" in 2004 and 2005, "Third" at Lincoln Center and "Surburbia" at The Second Stage Theatre.

Since returning to the big screen she has received praise on the independent film circuit. She was recently nominated for a 2014 Independent Spirit Award for her leading performance alongside Michael Cera in "Crystal Fairy & The Magical Cactus." Gaby can also be seen as ‘Caroline Sackler’ in HBO’s Girls and on FX’s "Louie." Her recent film credits include a starring role in Gillian Robespierre’s "Obvious Child," a breakout success at the 2014 Sundance Film Festival and in the "Veronica Mars" movie. She was most recently seen in Jean-Marc Vallée’s "Wild," alongside Reese Witherspoon.