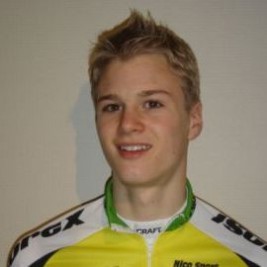 If your goal is to hire Frederic Van Coppernolle to be your next keynote speaker or to be the next brand ambassador our celebrity speakers bureau can assist. If Frederic Van Coppernolle’s booking fee is outside your companies budget or your unable to align with his appearance availability, our booking agents can provide you a list of talent that aligns with your event theme, budget and event date.

After graduating from the L’Ecole de Paris des Métiers de la Table where he received the diploma of best apprentice, Frédéric left for the United States.

After a short stint as a caterer in the Delaware region, he joined the reputed French Culinary Institute in New York to become a chef instructor.

After a couple of years there, he worked as private chef for the French Mission to the United Nations, and worked for four Ambassadors. During that time Frédéric perfected his knowledge of gastronomic and traditional French cuisine. The American adventure continued at the famous New York caterer Dean & Deluca where, as Executive Chef, he oversaw the prepared foods department, the 6 local cafes and the realization of menus for special events.

Teaching and sharing his art always remained a favorite with Frédéric, so he returned to the French Culinary Institute to create and run their new department: The International Culinary Theater. It was the chance for him, during the following 4 years, to organize the visit of many of the world’s best chefs: Paul Bocuse, Jean-Georges Vongerichten, Alice Waters, Alain Ducasse, George Blanc, Marc Veyrat, Anne-Sophie Pic, Jacques Pépin, André Soltner, Julia Child, Pierre Hermé, to name but a few, shared their knowledge, experience, techniques and secrets with Frédéric and FCI’s students.

During this period, Frédéric also participated in the web cooking classes with The New York Times: “Cooking with the Times” and discovered the world of entertainment as an assistant producer for chef Jacques Torres' famous PBS series "Dessert Circus" filmed in FCI’s amphitheater.

Gordon Elliott then hired him as food producer for his Food Network TV series Follow that Food. It was the perfect opportunity for Frédéric to travel the world and discover new culinary cultures.

The next logical step was to pass from the back to the front of the camera! He then participated in numerous TV shows to finally host his own cooking series: How to Boil Water. The adventure with Food Network lasted 2 years.

Back in France a great opportunity presented itself: a teaching position at the prestigious Parisian cooking school the Ritz-Escoffier.

His objective was always to create cooking programs to share the beauty and flavors of France and his goal is now reached!

Currently Chef Frédéric is back in New York City working as the Executive Chef for the French Consulate.