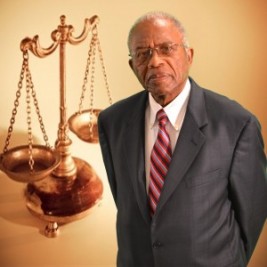 Businesses, Non-profit organizations, event planners and companies across the country have worked closely with our booking agents to hire Fred Gray for a speaking engagements, guest appearances, product endorsements and corporate events. Many of those same clients have continued to turn to our speakers bureau as we can easily align Fred Gray’s availability with their upcoming seminar, gala, annual conference, corporate function, and grand opening. Our close relationship with Fred Gray’s booking agent and management team further enables us to provide inquiring clients with Fred Gray’s speaking fee and appearance cost.

If your goal is to hire Fred Gray to be your next keynote speaker or to be the next brand ambassador our celebrity speakers bureau can assist. If Fred Gray’s booking fee is outside your companies budget or your unable to align with his appearance availability, our booking agents can provide you a list of talent that aligns with your event theme, budget and event date.

Attorney, civil rights and human rights activist, Fred D. Gray, was born on December 14, 1930 in Montgomery, Alabama to Nancy and Abraham Gray.  The youngest of five children, he and his siblings were raised in a shotgun house in a segregated black section of the city.

In 1947, Gray attended the Nashville Christian Institute.  After completing seminary, he enrolled at Alabama State College, where he paid for his education by working as a district manager of the Alabama Journal.  In 1951, Gray entered law school at Case Western Reserve University in Cleveland, Ohio. He earned his degree in 1954 and opened a law office in his hometown of Montgomery.

When Rosa Parks was arrested in 1955 for refusing to surrender her bus seat to a white passenger, Gray became her attorney.  During the Montgomery Bus Boycott, Gray also represented Dr. Martin Luther King, Jr. and other participants of the year-long protests.  In 1956, his role as an attorney in the boycott’s civil suit, Browder v. Gayle verdict integrated the buses in Montgomery.

In 1970, Gray became only one of two African Americans elected to the Alabama state legislature since Reconstruction.  In 1972, Gray brought a class-action lawsuit against the federal government on behalf of those involved in the Tuskegee Syphilis Study, a government sponsored program that left black men untreated for syphilis.  In 1997, the government settled the lawsuit, but failed to admit any wrongdoing.  However, his legal actions influenced President William Jefferson Clinton to issue formal apology to the study’s participants in 1997.  The same year, Gray helped to establish the Tuskegee Human and Civil Rights Multicultural Center.

Gray has earned numerous honors and rewards for his civic service, including the American Bar Association's Spirit of Excellence Award and the Nation Bar Association’s C. Frances Stradford Award.  In 2000, Gray was inducted into the International Society of Barristers and in 2002, he became President of the Alabama Bar Association.

Fred Gray continues to practice law.  He is senior partner at the law firm of Gray, Langford, Sapp, McGowan, Gray & Nathanson, which has offices in Tuskegee and Montgomery, Alabama.