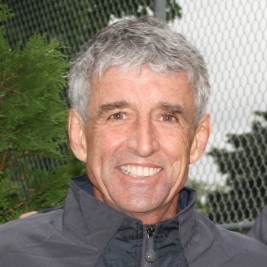 Businesses, Non-profit organizations, event planners and companies across the country have worked closely with our booking agents to hire Frank Shorter for a speaking engagements, guest appearances, product endorsements and corporate events. Many of those same clients have continued to turn to our speakers bureau as we can easily align Frank Shorter’s availability with their upcoming seminar, gala, annual conference, corporate function, and grand opening. Our close relationship with Frank Shorter’s booking agent and management team further enables us to provide inquiring clients with Frank Shorter’s speaking fee and appearance cost.

If your goal is to hire Frank Shorter to be your next keynote speaker or to be the next brand ambassador our celebrity speakers bureau can assist. If Frank Shorter’s booking fee is outside your companies budget or your unable to align with his appearance availability, our booking agents can provide you a list of talent that aligns with your event theme, budget and event date.

Frank Shorter is one of the best marathon runners in history.

Shorter was born in Munich, Germany, where his father served in the army. Frank first achieved fame by winning the 1969 NCAA 10 000 m title as a Yale student.

But his greatest achievement and fame came when Frank won the gold medal at the 1972 Olympic Summer Games held in his home town of Munich. Frank also finished 5th in the Olympic 10 000 m final.

Frank decided to retire from running after the next season and started his own athletic supply company. He also worked in television as a sports analyst..

Shorter also is the former Chairman of the United States Anti-Doping Agency.