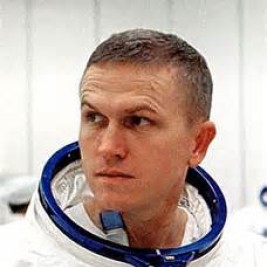 Businesses, Non-profit organizations, event planners and companies across the country have worked closely with our booking agents to hire Frank Borman for a speaking engagements, guest appearances, product endorsements and corporate events. Many of those same clients have continued to turn to our speakers bureau as we can easily align Frank Borman’s availability with their upcoming seminar, gala, annual conference, corporate function, and grand opening. Our close relationship with Frank Borman’s booking agent and management team further enables us to provide inquiring clients with Frank Borman’s speaking fee and appearance cost.

If your goal is to hire Frank Borman to be your next keynote speaker or to be the next brand ambassador our celebrity speakers bureau can assist. If Frank Borman’s booking fee is outside your companies budget or your unable to align with his appearance availability, our booking agents can provide you a list of talent that aligns with your event theme, budget and event date.

Frank Borman was an astronaut on the crew of Apollo 8, the first mission to orbit the moon.

Frank started to fly at the age of 15. In 1950, he graduated from the United States Military Academy, and along with part of his graduating glass, he entered the U.S. Air Force and became a fighter pilot. Later, Frank was selected for the U.S.A.F. test pilot school and became a test pilot. Borman was selected for the 2nd NASA astronaut group in 1962.

Borman's first spaceflight was in Gemini 7 in 1965, with astronaut James A. Lovell, Jr.. highlighted by the 1st space rendezvous with Gemini 6A. Gemini 7 was also the long-endurance flight of the program, remaining in orbit for 14 days.

Borman's second significant flight was as commander of the Apollo 8 mission in December 1968. He flew with James Lovell again, and also with William A. Anders The mission was originally planned as a Saturn V-powered "Large Earth Orbit" mission to test tracking and communication, but this was changed into the first lunar orbit mission. Apollo 8 went into lunar orbit and made ten orbits of the Moon in December 1968. This was a springboard in NASA's (successful) attempt to land a man on the moon on July 20,1969 with Apollo 11.

Frank Borman retired from NASA and the Air Force in 1970, becoming special advisor to Eastern Air Lines. Frank rose in the ranks of Eastern, becoming CEO in December 1975. The airline business underwent many changes in the late seventies, and Eastern did well under Borman, reporting the 4 most profitable years in company history during his tenure. Borman retired from the airlines in 1986. Borman then returned to Tucson, Arizona to reside.