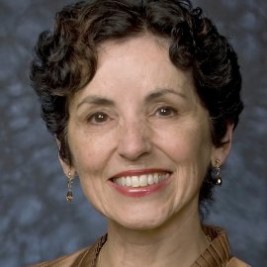 Book France A. Cordova for a Speaking Engagement

If your goal is to hire France A. Cordova to be your next keynote speaker or to be the next brand ambassador our celebrity speakers bureau can assist. If France A. Cordova’s booking fee is outside your companies budget or your unable to align with his appearance availability, our booking agents can provide you a list of talent that aligns with your event theme, budget and event date.

France A. Córdova, was sworn in as director of the National Science Foundation (NSF) on March 31, 2014. Nominated by President Barack Obama to head the $7.2-billion independent federal agency, she was confirmed by the U.S. Senate on March 12. Córdova leads the only government science agency charged with advancing all fields of scientific discovery, technological innovation, and science, technology, engineering and mathematics (STEM) education. NSF's programs and initiatives keep the United States at the forefront of science and engineering, empower future generations of scientists and engineers, and foster U.S. prosperity and global leadership.

Córdova is president emerita of Purdue University, where she served as president from 2007 to 2012. From 2002 to 2007, she led the University of California, Riverside, as chancellor and was a distinguished professor of physics and astronomy. Córdova was the vice chancellor for research and professor of physics at the University of California, Santa Barbara, from 1996 to 2002. From 1993 to 1996, Córdova served as NASA's chief scientist. Prior to joining NASA, she was on the faculty of the Pennsylvania State University where she headed the department of astronomy and astrophysics from 1989 to 1993. Córdova was deputy group leader in the Earth and space sciences division at Los Alamos National Laboratory from 1988 to 1989 and staff scientist from 1979 to 1989. She received her Bachelor of Arts degree from Stanford University and her doctorate in physics from the California Institute of Technology in 1979.

More recently, Córdova served as chair of the Board of Regents of the Smithsonian Institution and on the board of trustees of Mayo Clinic. She also served as a member of the National Science Board (NSB), where she chaired the Committee on Strategy and Budget. As NSF director, she is an ex officio member of the NSB.

Córdova's scientific contributions have been in the areas of observational and experimental astrophysics, multi-spectral research on x-ray and gamma ray sources and space-borne instrumentation. She has published more than 150 scientific papers. In 1997, she was awarded an honorary doctorate by Loyola Marymount University, Los Angeles. She is a recipient of NASA's highest honor, the Distinguished Service Medal, and was recognized as a Kilby Laureate in 2000. The Kilby International Awards recoginze extraordinary individuals who have made "significant contributions to society through science, technology, innovation, invention and education." Córdova was elected to the American Academy of Arts and Sciences and is a National Associate of the National Academies. She is also a fellow of the American Association for the Advancement of Science (AAAS) and the Association for Women In Science (AWIS).

Read More About France A. Cordova

NOPACTalent acts as a Celebrity Speakers Bureau and Athlete Booking agency for corporate functions, appearances, private events and speaking engagements. NOPACTalent does not claim or represent itself as France A. Cordova’s speakers bureau, agent, manager or management company for France A. Cordova or any celebrity on this website. NOPACTalent represents organizations seeking to hire motivational speakers, athletes, celebrities and entertainers for private corporate events, celebrity endorsements, personal appearances, and speaking engagements.