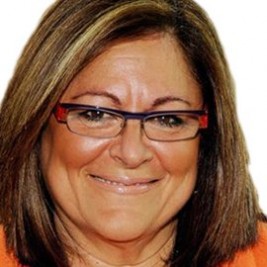 Businesses, Non-profit organizations, event planners and companies across the country have worked closely with our booking agents to hire Fern Mallis for a speaking engagements, guest appearances, product endorsements and corporate events. Many of those same clients have continued to turn to our speakers bureau as we can easily align Fern Mallis’s availability with their upcoming seminar, gala, annual conference, corporate function, and grand opening. Our close relationship with Fern Mallis’s booking agent and management team further enables us to provide inquiring clients with Fern Mallis’s speaking fee and appearance cost.

If your goal is to hire Fern Mallis to be your next keynote speaker or to be the next brand ambassador our celebrity speakers bureau can assist. If Fern Mallis’s booking fee is outside your companies budget or your unable to align with his appearance availability, our booking agents can provide you a list of talent that aligns with your event theme, budget and event date.

Fern Mallis is the President of Fern Mallis LLC., a company formed to "advise, consult and create,” working with international and domestic fashion, lifestyle and design companies on branding, image and creative business strategies.

Ms. Mallis is widely credited as the creator of "Fashion Week" in New York City in 1993 under the auspices of the Council of Fashion Designers of America (CFDA), where she served as Executive Director for 10 years. 7th on Sixth, as it was first known, organized, centralized and modernized the American runways allowing American designers to compete head-on with Milan and Paris, forever changing the global fashion business. Acquired by IMG in July 2001, Ms. Mallis led new Fashion Weeks in Miami and Los Angeles, Berlin and Moscow, expanded Mumbai, and added Sydney and Melbourne to its portfolio, among others.

Ms. Mallis also served as IMG's "Ambassador" and traveled to international fashion capitals to provide her expertise in creating and organizing fashion events and establishing international marketing and communications platforms. She has judged fashion shows and competitions around the world, and mentored fashion students on how to succeed in fashion careers. She is consistently and widely quoted in the fashion press and broadcast media, and frequently featured on televised fashion programs, including America's Next Top Model, She's Got the Look, four seasons of Project Runway, and as the weekly judge on Bravo's first season of The Fashion Show, with Isaac Mizrahi and Kelly Rowland.

Prior to joining IMG, while Ms. Mallis was the Executive Director of the Council of Fashion Designers of America (CFDA) from 1991 to 2001, she furthered the organization's original charter to promote American fashion as a "recognized branch of American art and culture." Ms. Mallis organized 10 annual CFDA Fashion Awards Galas, was instrumental in the creation and worldwide licensing of Fashion Targets Breast Cancer-- a campaign that has sold over $100 million in merchandise to date and has generated close to $100 million in donations for hundreds of breast cancer organizations worldwide. She oversaw two editions of the highly successful fundraiser "7th on Sale," which grossed more than $8 million for AIDS charities. Mallis also implemented the Foundation's burgeoning philanthropic goals to raise money for design scholarships and numerous other initiatives to benefit the designers and the industry at large.

A founding board member of the Design Industries Foundation Fighting Aids (DIFFA), Ms. Mallis also served on the Board of The Partnership for the Homeless and created their Furnish a Future program. She has also been instrumental in the creation and success of The Heart Truth's Red Dress Initiative for Women's Heart Disease. The recently launched “Sidewalk Catwalk” exhibition in NY’s Fashion district- an outdoor display of 32 mannequins created by the industry’s leading designers on Broadway from 35th Street to 42nd Street for 3 months (summer 2010) was chaired by Ms. Mallis.