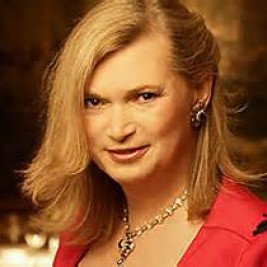 Businesses, Non-profit organizations, event planners and companies across the country have worked closely with our booking agents to hire Fay Presto for a speaking engagements, guest appearances, product endorsements and corporate events. Many of those same clients have continued to turn to our speakers bureau as we can easily align Fay Presto’s availability with their upcoming seminar, gala, annual conference, corporate function, and grand opening. Our close relationship with Fay Presto’s booking agent and management team further enables us to provide inquiring clients with Fay Presto’s speaking fee and appearance cost.

If your goal is to hire Fay Presto to be your next keynote speaker or to be the next brand ambassador our celebrity speakers bureau can assist. If Fay Presto’s booking fee is outside your companies budget or your unable to align with his appearance availability, our booking agents can provide you a list of talent that aligns with your event theme, budget and event date.

Fay Presto was born in England on May 17, 1948. She showed little interest in performing until her mid-thirties. However, before her rise to success, she found herself going from one career change to another, from a laboratory assistant at the Atomic Energy Research Establishment Harwell, to the world of fashion. She decided to give the entertainment industry a shot. Unable to carry a tune in the singing department, she took up magic and changed her name to Fay Presto, eventually becoming "Britain's top female magician" (The Independent, July 2005. She has had the honor and privilege of being personally invited to perform before Her Majesty The Queen on five occasions, as well as entertain every other senior member of the Royal family. Fay has also performed for numerous celebrities such as Sir Elton John, Sir Paul McCartney, Sting, Madonna and Michael Caine, to name a few. In 1998 Fay was voted "Party Entertainer of the Year" by Tatler Magazine and in 2001 Fay had the privilege to play herself in ITV's 'Emmerdale', something that has only ever been done by the Prince of Wales in 'Coronation Street'. Fay's other television appearances include Paul Daniel's Secrets, Trick on 2, The Late Late Show, Hero's of Magic and one of the most successful '40 Minutes' that the BBC has ever produced, "Illusions of Grandeur," a documentary about her life. Most recently, Fay was featured alongside renowned illusionist David Copperfield on CNN International's 'Quest for Magic'. Fay has been performing at Langan's Brasserie in London's West End for over 15 years, and ran the group of in-house magicians at Marco Pierre White's Criterion Brasserie. Fay is a supporter of Dreamflight, a UK charity whose purpose is to send seriously ill children on their 'holiday of a lifetime' to Florida. She is also the Vice President of NCH, one of the UK's leading children's charities, he;ping children achieve their full potential. When Fay is not entertaining at corporate or private events she can be seen dazzling and amazing diners at Drone's and Marco Pierre White's 'Frankies'.