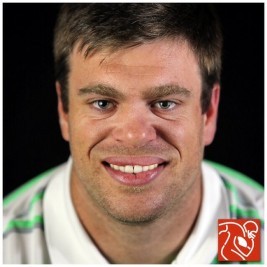 Businesses, Non-profit organizations, event planners and companies across the country have worked closely with our booking agents to hire Eric Winston for a speaking engagements, guest appearances, product endorsements and corporate events. Many of those same clients have continued to turn to our speakers bureau as we can easily align Eric Winston’s availability with their upcoming seminar, gala, annual conference, corporate function, and grand opening. Our close relationship with Eric Winston’s booking agent and management team further enables us to provide inquiring clients with Eric Winston’s speaking fee and appearance cost.

If your goal is to hire Eric Winston to be your next keynote speaker or to be the next brand ambassador our celebrity speakers bureau can assist. If Eric Winston’s booking fee is outside your companies budget or your unable to align with his appearance availability, our booking agents can provide you a list of talent that aligns with your event theme, budget and event date.

Eric Winston was born November 17, 1983 and is an American football offensive tackle who last played for the Kansas City Chiefs of the National Football league (NFL). He was drafted by the Houston Texans in the third round of the 2006 NFL Draft. He played the 2012 NFL season for the Kansas City Chiefs, and college football at the University of Miami. Winston was drafted in the 3rd round of the 2006 NFL Draft. He started the final seven games as a rookie at right tackle in 2006 and proceeded to start 87 games for them until 2011. He signed a contract extension prior to the 2008 season. The Texans released him on March 12, 2012. Winston signed with the Kansas City Chiefs on March 17, 2012. On October 7, 2012, Winston called out the Kansas City Chiefs fans for cheering after an injury to QB Matt Cassel. In a post game interview, he claimed "this isn't the Roman Colosseum" and "it is hard economic times". He mentioned that he came to the understanding he probably won't live as long because he plays this game, but cheering over a player getting knocked out is "100% sickening". He was released by the Chiefs on March 6, 2013.