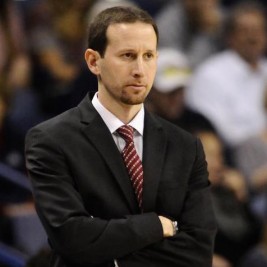 Businesses, Non-profit organizations, event planners and companies across the country have worked closely with our booking agents to hire Eran Ganot for a speaking engagements, guest appearances, product endorsements and corporate events. Many of those same clients have continued to turn to our speakers bureau as we can easily align Eran Ganot’s availability with their upcoming seminar, gala, annual conference, corporate function, and grand opening. Our close relationship with Eran Ganot’s booking agent and management team further enables us to provide inquiring clients with Eran Ganot’s speaking fee and appearance cost.

If your goal is to hire Eran Ganot to be your next keynote speaker or to be the next brand ambassador our celebrity speakers bureau can assist. If Eran Ganot’s booking fee is outside your companies budget or your unable to align with his appearance availability, our booking agents can provide you a list of talent that aligns with your event theme, budget and event date.

Eran Ganot spent five consecutive seasons and eight overall as a member of the Saint Mary's College men's basketball staff.  He served as a volunteer assistant from 2003-06, an assistant coach from 2010-14 and was named associate head coach in 2014-15.

After spending four seasons (2006-10) at Hawai'i, including the last three as an assistant coach, Ganot returned to Moraga in 2010-11.  He was involved in all phases of program operation and on-floor coaching.  He also coordinated all recruiting and scouting efforts and was responsible for game scheduling.  In 2013-14, he served as acting head coach for five games and compiled a 3-2 record.

Since his arrival back on campus prior to the 2010-11 season, the Gaels have remained one of the top programs in the country.  Saint Mary's was one of just four teams nationally to have won 25 games or more for each of his five seasons and the team Gaels played in two NCAA Tournaments and made three NIT appearances.