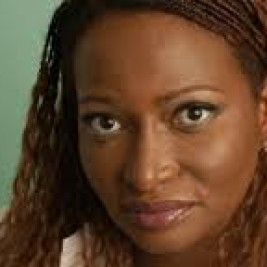 If your goal is to hire Ellen Cleghorne to be your next keynote speaker or to be the next brand ambassador our celebrity speakers bureau can assist. If Ellen Cleghorne’s booking fee is outside your companies budget or your unable to align with his appearance availability, our booking agents can provide you a list of talent that aligns with your event theme, budget and event date.

A native of the Red Hook Projects in Brooklyn, New York, she first established her talents in New York City comedy clubs and career started when she competed in the Johnnie Walker Comedy Search in 1989 at the comedy club Carolines in the South Street Seaport. In 1991, she appeared on Def Comedy Jam and landed minor roles in season two of In Living Color, where she was discovered by producers of Saturday Night Live. Cleghorne joined Saturday Night Live in 1991, and remained on the show for four seasons. During her time on the show she performed impressions such as Alfre Woodard, Dr. Dre, Anita Baker, Florence Griffith Joyner, Debbie Allen, Mary J. Blige, Natalie Cole, Patti LaBelle, Marla Gibbs, Robin Quivers, Toni Morrison, Joycelyn Elders, Tina Turner, and Whoopi Goldberg. Also, she had two recurring characters: Zoraida, an NBC page, and Queen Shenequa, who appeared frequently on Weekend Update. She is a graduate of Hunter College.

Her former SNL costar Jay Mohr's book Gasping for Airtime notes that Cleghorne did not get along well with some of the other cast members during her time on the show. He also mentions a tiff with host Sally Field during a pitch meeting. In 1995, she left SNL to star as single mother Ellen Carlson on Cleghorne!, a sitcom that aired for one season on The WB network, which also starred former SNL alumnus Garrett Morris, and Sherri Shepherd in her first acting role. Cleghorne also appeared, off and on, on the cult TV show The Adventures of Pete and Pete, which aired on Nickelodeon. Cleghorne played a bus driver whose main function was as the love interest of Pete's regular bus driver. Cleghorne has appeared in independent films and comedy segments since the cancellation of Cleghorne!, making brief cameos in films Armageddon, Coyote Ugly, Little Nicky, and Old School. She has had a series of skits played on Sirius XM Radio's Raw Dog Comedy channel.

Cleghorne was mentioned on a segment of the Family Guy DVD Stewie Griffin: The Untold Story, when Stewie asks if "they ever found a suitable vehicle for Ellen Cleghorne." Seth MacFarlane has claimed that she called the show's staff about the joke, which Cleghorne has denied. In 2013, she appeared in a small role in Grown Ups 2. As of 2014, she has received a PhD in Performance Studies at NYU's Tisch School of the Arts.