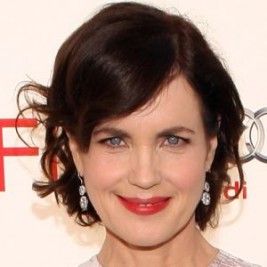 If your goal is to hire Elizabeth Mcgovern to be your next keynote speaker or to be the next brand ambassador our celebrity speakers bureau can assist. If Elizabeth Mcgovern’s booking fee is outside your companies budget or your unable to align with his appearance availability, our booking agents can provide you a list of talent that aligns with your event theme, budget and event date.

In 1980, while studying at Juilliard, McGovern was offered a part in her first film, Ordinary People, in which she played the girlfriend of troubled teenager Conrad Jarrett (Timothy Hutton).

The following year she completed her acting education at the American Conservatory Theatre and Juilliard, and began to appear in plays, first Off-Broadway and later in famous theaters.

In 1981 she earned an Academy Award nomination for Best Supporting Actress for her role as Evelyn Nesbit in the film Ragtime.

In 1984, she starred in Sergio Leones gangster epic Once Upon a Time in America as Robert De Niros romantic interest Deborah Gelly. In 1989 she played Mickey Rourkes girlfriend in Johnny Handsome, directed by Walter Hill, and the same year she appeared as a rebellious lesbian in Volker SchlÃ¶ndorffs thriller The Handmaids Tale.