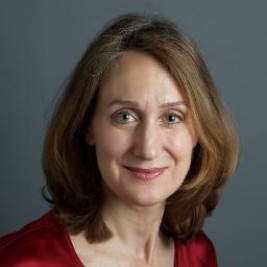 If your goal is to hire Elizabeth Cousens to be your next keynote speaker or to be the next brand ambassador our celebrity speakers bureau can assist. If Elizabeth Cousens’s booking fee is outside your companies budget or your unable to align with his appearance availability, our booking agents can provide you a list of talent that aligns with your event theme, budget and event date.

Before joining the UN Foundation, Elizabeth Cousens served as U.S. Ambassador to the UN Economic and Social Council and Alternate Representative to the UN General Assembly (2012-14). She previously served as Principal Policy Advisor and Counselor to the Permanent Representative of the United States to the United Nations, Susan Rice (2009-12). In this capacity, she was lead U.S. negotiator on the Post-2015 Development Agenda, including representing the United States in the Open Working Group on Sustainable Development Goals. During her stint as ambassador, she led U.S. diplomacy at the UN on human rights, humanitarian, social and environmental issues; served on the boards of UN agencies, funds, and programmes, and was the U.S. representative to the UN Peacebuilding Commission. She was also sherpa to Ambassador Rice for the UN Secretary-General’s High-level Panel on Global Sustainability.

Dr. Cousens has lived around the world, serving with UN political missions in Nepal and the Middle East and working as an analyst in conflict zones, including Bosnia and Haiti. Her prior experience includes Director of Strategy for the HD Centre for Humanitarian Dialogue which promotes and conducts mediation of armed conflict; Vice President of the International Peace Institute, where she led initiatives on global crisis management and UN reform; and Director of the Conflict Prevention and Peace Forum, a research group that provides country and regional expertise to the UN on conflict and crisis situations.

Dr. Cousens has a D.Phil. in International Relations from the University of Oxford, where she was a Rhodes Scholar, and a B.A. in history and an Honorary Doctorate from the University of Puget Sound. She has written widely on conflict management, peace processes, state-building, and the United Nations. She and her husband, Bruce Jones, have one child.