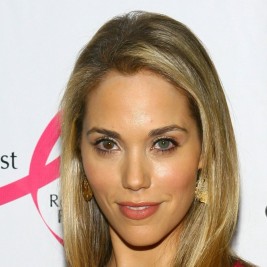 If your goal is to hire Elizabeth Berkley to be your next keynote speaker or to be the next brand ambassador our celebrity speakers bureau can assist. If Elizabeth Berkley’s booking fee is outside your companies budget or your unable to align with his appearance availability, our booking agents can provide you a list of talent that aligns with your event theme, budget and event date.

When Elizabeth was 5, her parents enrolled her at Detroit Dance Company. Loving dance, young Elizabeth began to take part in several ballets, including "Swan Lake" and, in 1983, she starred in some musicals. Her screen debut was a role in the TV movie Frog. She then got work as an extra in some TV series: "TV 101", "Day by Day", etc. In the summer of 1989, she was in L.A. and auditioned for a role on "Saved by the Bell". She got the role and became a TV star. After 4 seasons, she left the show to try to break into cinema. In 1994, she filmed 4 movies, including Showgirls, and continued to guest star in very popular TV shows, like "Diagnosis Murder". At the same time, she was studying English Literature at a college in California. After Showgirls, she signed with United Talent Agency and then filmed some Hollywood films with small roles and starred in some indies, Last Call, The Real Blonde. In 1999, Elizabeth performed on stage in London as Honey in "Lenny". Her performances in Roger Dodger and Moving Malcolm, two independent movies released in 2002 and 2003, impressed the critics. She made her Broadway debut in "Sly Fox", in February 2004, three months after her marriage with New York artist Greg Lauren. She then returned to The Great White Way in the terrific Off-Broadway production "Hurlyburly" directed by Scott Elliott and co-starring Ethan Hawke, Parker Posey and Wallace Shawn. She received some of the best reviews of her acting career for her impressive performance as Bonnie.